Criminal defense law can draw few parallels to the Charles Manson case, which saw criminal law convictions for the seemingly possessed Manson, and his followers with regard to the grisly and horrific murders of actress Sharon Tate and her companions in the wee hours of August 9, 1969. The resulting publicity and public disgust over one of the most celebrated criminal law cases of all time seemed to have no end. 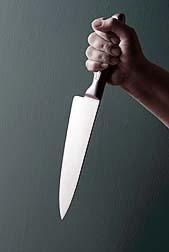 Charles Milles Manson himself was originally sentenced to death for his role in the horrific massacre, although his appointment with the gallows was reduced to a life sentence after a decision by the Supreme Court of California in 1972 temporarily eliminated the State's death penalty. California eventually re-instated capital punishment, however that decision did not affect Manson. He remains an inmate at Corcoran State Prison.

Almost as bizarre is the case of Jessie James Cummings Jr., a polygamist convicted of fatally stabbing his 11-year-old niece and dumping her body in rural Oklahoma.

The man, who was put to death September 24th, has been compared to Charles Manson, given the allegations that he attempted to exert control over his two wives, urging them to do his bidding.

Manson was notorious for persuading his followers to do anything he asked of them—including murder.
"It appears Cummings was attempting to emulate Charles Manson in breaking down his wives' self-esteem and in exerting strict discipline and control on them and their children through trauma and threats," state prosecutors wrote to the State clemency board urging them to deny Cummings' clemency request.
Cummings had urged clemency, according to his attorney, given that Cummings' criminal law conviction was based solely on uncorroborated the testimony of his two wives, Juanita and Sherry Cummings. It was also reported that a psychologist who examined Cummings twice in 1997 found no evidence that Cummings possessed either the interpersonal skills, or the intelligence to manipulate others in such fashion.

However, the courts disagreed with his clemency application, and he was put to death by lethal injection in Oklahoma.

The allegation in this case was that Cummings abused his wives both mentally, and physically in an effort to gain absolute control over them, and cause them to do his bidding.

One of the alleged requests, which came in September of 1991, was to kill his sister, Judy Mayo, and to hold his 11-year-old niece captive. The persecution in the criminal law case contended that Cummings later drove the girl to a wooded area in an adjacent county, stabbed the little girl to death and dumped her body.

Her skeletal remains were found later that year.

More CRIMINAL LAW News
Despite the expert testimony of doctors who felt Cummings could not be capable of such behavior, or would ultimately fail to influence his wives, it appears they did do his bidding. Judy Mayo, Cummings' sister, did indeed die by someone's hand—and even though Cummings was also convicted of killing his sister, the criminal law conviction was overturned after Cummings' wife Juanita eventually confessed to the shooting of Mayo. She was sentenced to life in prison for the deed, while Sherry Cummings was slapped with a 35-year sentence for permitting child abuse and being an accessory after the fact.

The latter pertained to her arms-length role in the killing of little Melissa. While criminal law is most often, and sensationally tied to acts of guilt, such as the act of wielding a weapon that results in the loss of life, it can also include 'failure to act,' such as a mother withholding food from a child—or in the case of Sherry Cummings, failing to protect a child from certain harm.

Cummings meanwhile professed his innocence in the criminal law case until the very end. And while criminal law cases continue to create sensational headlines, criminal defense law guarantees to the families of victims that alleged perpetrators will be brought to justice.

If you have suffered losses in this case, please send your complaint to a lawyer who will review your possible [criminal law Lawsuit] at no cost or obligation.
Request Legal Help Now