A couple who simply wanted to lower the cost of their mortgage payments has now been forced out of their home. As a result, the Illinois Attorney General has filed a lawsuit against Advantage Mortgage Consulting that alleges the lender used a number of schemes to convince customers that they would pay lower mortgage payments. Instead of mortgage payments going down, the couple, Ozell, 86, and J.W. McBee, 67, says that their payments increased to the point they could not afford their home.

In 2006, the McBees agreed to refinance their mortgage with Advantage Mortgage Consulting based out of Chicago. The company promised the couple that they could lower the McBee's mortgage payments by $100 each month. But the couple says that their payments doubled and, that on a fixed income, they were unable to afford the payments. 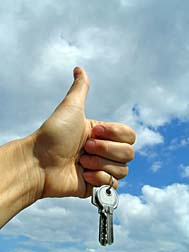 Attorney General Lisa Madigan filed the lawsuit on March 26 against Advantage and President Robert Enright. The lawsuit accuses them with deceptive lending practices.

There have been 20 complaints about Advantage Mortgage Consulting received by the Consumer Fraud Bureau. The lawsuit accuses the company of padding loans with higher fees, not disclosing prepayment penalties, and that they were brokering adjustable-rate mortgages when the customers thought they were signing up for a fixed-rate mortgage.

The McBees became involved with Advantage Mortgage Consulting when they received a phone call from the company telling them that they could pay less than their $700 per month mortgage payment and lower it to $600 per month. This sounded great to them, so they decided to refinance with the company.

More News
The couple had used money from their credit cards to come up with the two large payments. After paying these amounts, Advantage would not refinance them at the lower $600 per month payments, according to the lawsuit. The couple was not able to pay the high amounts, therefore they fell behind and the house was foreclosed on and they were evicted. The lawsuit also alleges that Advantage stated that the McBee's income was higher in order to secure the loan.

Now the McBees are renting an apartment with only two bedrooms and they take care of two of their teenage grandchildren and an infant great-grandchild. Their rent equals $975 per month, which is very difficult for them to pay.

The lawsuit is seeking a court order that will prevent Advantage from engaging in further deceptive business practices. It also seeks a civil penalty of $50,000 for individual violations and $10,000 penalties for each person 65 and older.