Consumer and Financial Fraud: If it seems Too Good to be True...

We've all seen them - the pitches on TV for free seminars. However, rather than a sweet deal, the Federal Trade Commission (FTC) warns that this kind of in-your-face allure has all the makings of consumer and financial fraud.

From these pitches, attendees will acquire valuable information that will earn them real money from the comfort of their own home. Dollars beyond their wildest dreams, to buy that bigger house, send the kid to college, maybe even a vacation property somewhere.

But it's buyer beware. And these days, that can be a full-time job in itself. 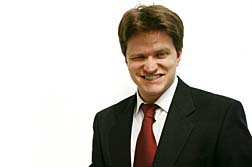 The number of schemes, scams and suckers born from them are incalculable. And the Internet doesn't help. Thousands of new scams are rolled out every year over the Internet, and why not? Cyberspace is for the most part anonymous, inexpensive and fast. A scammer can get a professional-looking web site up and running, throw out a pitch, collect some good coin, then shut it all down and beat a path to an offshore bank before anybody suspects a thing.

That's what happened to Victor and Janis Noland of Punta Gorda, Florida. Happily retired and living a sun-kissed existence in the Sunshine State in a house they owned outright, Janis responded to an "investment opportunity" that popped up on the Internet one day. They took in the seminar and actually met the guy to whom they gave a whack of their life savings, and much her mother's too - before they realized too late that the investment wasn't worth the paper it wasn't printed on, and they were out hundreds of
thousands of dollars.

They re-mortgaged their house too, with an on-line mortgage broker. End result? They keep making payments, and their principle goes UP.

The U.S. Securities and Exchange Commission (SEC) tracks Internet fraud and offers tips and helpful advice on how to avoid being taken. They also publish the names of known offenders. Likewise with the FTC, which makes available online a sizeable resource for consumers wary of quick, easy and too-good-to-be-true offers: everything from investment newsletters, pump-and-dump stock purchases, MLM schemes...the list goes on.

Of course, the Internet is not the only bastion of the consumer scammer. It can still happen now, just like in the old days - with a handshake and the snake-eyed stare of a fast-talking salesperson.

How does 30 per cent interest grab you? It's legal in New Jersey, you know. Those without the luxury of paying two-above-prime for bank loans and purchases must contend with the high cost of credit card balances, costs which are rising with the seemingly perpetual rise in interest rates. It was partly for this reason that New Jersey capped the interest rate on instalment sales at 30 per cent.

However, that didn't stop Rent-a-Center from charging a North Camden grandmother more than half of her weekly salary to rent a computer, washer, dryer, recliner and TV. Rent-a-Centers appeared to prey on those with wants and without the means to buy, but having sufficient cash flow for the chance to invite the buds over to enjoy the Super Bowl on the big screen. Keep making the payments bud, and you'll own all this one day.

Sure. At terms ranging from 85 to 106 percent? Little wonder, when money becomes tight and the payments unwieldy, Rent-a-Center collects back all their stuff.

More News
There's a happy ending to this story. The grandmother from North Camden took Rent-a-Centre to court and helped win a U.S. $109 million dollar settlement in compensation and legal fees to about 100,000 Rent-a-Center customers in the Garden State.

But there are more stories out there; in the stores, on the radio and TV, or on line - in an environment that finds us so strapped for time that we fall prey to anyone with a seemingly good idea for us to make a fast buck.

When in actual fact, the only people making the fast bucks, are them.

Victor and Janis Noland are teetering on the brink of financial ruin, after putting their trust, in good faith, in scammers and purveyors of rapid-fire slight-of-hand. They were left blindsided and tied to impossible terms for the mortgage on their home.

A home they are in danger of losing.

If you have been a victim of consumer fraud, please contact a [Consumer Fraud Lawyer] who will evaluate your claim at no cost or obligation.
Request Legal Help Now