Alleged consumer fraud is most grievous in the midst of a soft economy, when consumers have to dig even deeper and sacrifice even more—whether that sacrifice involve simply putting food on the table, or something in the recreational vein such as a vacation. A second class-action loss in as many months suffered by the online travel giant Expedia suggests there are teeth in the Consumer Fraud Act, and consumer protection is upheld. 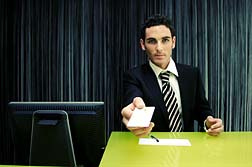 As reported June 17th on consumeraffairs.com, a class action lawsuit filed on behalf of consumers against Expedia was resolved earlier this month in Washington State. As reported by writer Jon Hood, plaintiff consumers alleged that participating hotels invoiced Expedia tax charges based on the wholesale cost for a room. However, plaintiffs alleged that Expedia collected taxes from consumers based on the retail cost of the room—a higher figure—and pocketed the difference.

In Washington Judge Monica Benton of King County Superior Court ordered Expedia to forward $184 million to Expedia clients who purchased tickets between February 18, 2003 and December 11, 2006, in an effort to settle the consumer fraud case.

A similar resolution was achieved in a separate action against Expedia by the city of Columbus, Georgia. A similar allegation was involved. Columbus alleged that hotels charged Expedia taxes based on the lower wholesale cost of the room, but invoiced Expedia customers for tax charges based on the retail price of the room. In that action the Georgia Supreme Court ordered Expedia to pay the City of Columbus an unspecified amount.

According to the June 17th story on consumeraffairs.com the disparity between the retail, and wholesale tax was disguised as part of a service fee outlined in the same billing line as the actual taxes charged.

It's a service fee that appeared to be worth a substantial sum to Expedia, according to an internal email that was issued in 2001 and revealed in the contents of the class action lawsuit brought against Expedia by consumers. According to consumeraffairs.com the email predicted that the service charge would "add between $2-$3 million in our net profit next quarter."

It was reported by consumeraffairs.com that a collection of 175 municipalities in Texas, together with the cities of Atlanta and Rome (both in the state of Georgia) have actions against Expedia that are still pending. Meantime, the Georgia ruling is said to have not addressed whether, or not Expedia will be facing a tax liability for back taxes.

More CONSUMER FRAUD News
Expedia, which claims membership in the S&P 500 and NASDAQ 100 clubs, was filing a motion to have the Georgia ruling reconsidered and failing that, will appeal the decision.

Most consumer watchdogs would agree that it would be better for all concerned if the Consumer Fraud Act weren't needed at all. In a perfect world everyone would play by the same rules, consumers would get what they paid for and no one would ever be taken to the cleaners except to pick up a pressed suit. However, accidental mishaps and human error aside the Consumer Fraud Act is there to provide a level of consumer protection for Americans attempting to part with their hard-earned dollars in a responsible way. Consumer fraud happens when suppliers of goods and services do not share that same, high-minded responsibility.