The scam is as old as time itself and consumer fraud is growing with the development of new ways to lead the consumer down the garden path. Little wonder that the Consumer Protection Act has become a dog-eared reference for all kinds of scams that attempt to do an end run around fair play and consumer protection. 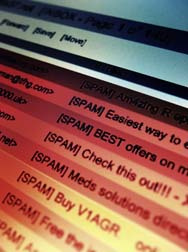 And while the Internet is the fastest-growing source of scams, there is still room for scamming the public the old-fashioned way.

By snail mail, for example. It has been reported that consumers across the US have received fraudulent letters and counterfeit checks purported to be from the 'Ontario Lottery and Gaming Commission' in Canada, in tandem with 'DaimlerChrylser Financial Services' and 'Chrysler Financial.'

The letters inform the recipients that they have 'won $170,000.' The accompanying check, which is issued in varying amounts, is to be deposited into a bank in order to cover a service charge representing an equal amount. Duped recipients are then asked to call a 'representative' before the original check clears, at which time the victim is urged to write a personal check in order to facilitate and "finalize the payment process."

Of course, the original check never clears, the promised $170,000 never arrives and the funds debited from the personal check disappear into thin air.

Of course, such old-fashioned snail-mail scams are dwarfed these days by Internet consumer fraud. And even though some of these tactics are as old as dirt in Internet years, what is old is new again for a lot of recent converts to the cyber world—seniors, for example. And seniors represent some of the most trusting people on the planet.

The scammers are out to get them, or anyone else who is flying along, online at such a breakneck pace they fail to think before the 'click.' With this in mind the Tennessee Department of Commerce and Insurance reminded Tennesseans earlier this month that with the arrival of spring comes 'phishing season.'

Phishing is the sending of emails or pop-ups that appear to be from businesses, or institutions you regularly do business with. PayPal, for example. Your bank, or a credit card company. The logos look real and the document, in whatever form it takes on your computer, looks to be official.

But it probably isn't. One sure way to tell is if there is a link provided, inviting you to click on it to be taken to an official, secure site for updating and validating your information.

Rather than clicking on the link, hover over it with your mouse without actually clicking. You'll probably discover that the real link address has nothing to do with the address that appears with the link. That's because links can be customized and dressed-up to appear like anything, effectively hiding its true intent and true pathway.

Rather than validating information, these so-called 'phishers' are angling for your credit card numbers, Social Security numbers and the like. If you are asked to provide the 3-digit verification on the back of your credit card by the signature line, that's a dead giveaway. Your real credit card company already knows that information.

The best way to verify a scam, or even to verify your information as requested, is to call the number on the back of the actual credit card.

It should be noted that some of these fraudulent requests for information, while appearing very official could also be very threatening, suggesting the possibility of dire consequences if you don't respond. Many unsuspecting Americans, and especially all-too-trusting seniors, can take such admonitions to heart.

More CONSUMER FRAUD News
"It's impossible to keep up with the variations of these types of scams because they are forever changing," said Mary Clement, director of the Tennessee Division of Consumer Affairs. "The best way to avoid being victimized is to practice safe computing and report fraudulent e-mails."

Just remember what Grandma used to say: 'if it's too good to be true, it probably isn't (good, or true…)' Keep in mind that in today's technological world practically anything is possible—web sites can be copied, official logos and be cut-and-pasted to almost anything, links can appear harmless. However, in order to further your own consumer protection and help prevent consumer fraud from touching your family, be wary. If you DO wind up getting sucked in, a qualified consumer fraud attorney can bring the full measure of the Consumer Fraud Act to bear on your behalf.