The Governor of New York, Eliot Spitzer, is an advocate of homeowners throughout his state. He has just revealed a comprehensive proposal to assist homeowners throughout New York who have been hard hit by predatory loans and astronomical subprime rates on loans. The nation's Feds have failed to properly address the loan issue, so New York as well as other states have stepped up to the plate to offer a solution.

Under the new proposal New York citizens will receive actual assistance if there is a viable threat of them losing their home. There will also be tighter regulations exercised against predatory lending practices throughout the state under the new legislation. There is concern that the legislation will limit the kinds of financing available for homebuyers who are able to afford home loans. 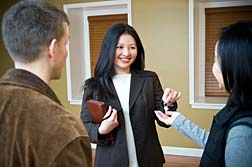 The purpose of the proposal is to help bail out homeowners facing the threat of foreclosure. The plan is to open the door of communication between lenders and homeowners to negotiate better payment options. Most homeowners are intimidated by lenders and don't make an effort to approach this subject with their lenders. Law enforcement will be given further jurisdiction to take action against known foreclosure recovery scams by predators looking to profit off of homeowners in this situation.

The new legislation is a collaborative effort between government, those within the mortgage loan industry, and not for profit associations. This effort was made to ensure that the legislation shows the current state of the lending industry. It also takes into account the myriad of effects this can have on homeowners and lenders alike.

There are thousands of citizens in New York currently under the sway of predatory home loan lending. Governor Spitzer is hoping the legislation will be two-fold in nature. The intention is to offer insulation against predatory lending while still making loans available to qualified homebuyers. He acknowledges that the health of the mortgage loan industry is very important to the economy. There will be several factors that will have to be figured in by lenders for financing home loans under the proposal: employment, financial assets, points and fees according to income level, insurance, principal, interest, taxes, and any assessments.

More News
Governor Spitzer was accompanied by ten additional governors in urging the federal government to afford greater relief to homeowners who are in trouble. The governors advised the federal government that better, stronger endeavors to offer relief in these situations. Bush's dual initiatives of offering relief to homeowners over 90 days delinquent, but are less than 30 days into foreclosure assistance. This only covers about 15-20 percent of the population in this situation.

The new proposal makes provision for homeowners receiving a pre-foreclosure notice. This will be required 60 days in advance of legal proceedings being taken against homeowners. As long as the homeowner attempts to reach a viable solution within 30 days of receipt of notice then further action will not be able to be taken on the part of the lender against the homeowner. A settlement conference will be a requirement at the onset of the foreclosure process. More consumer protections will be afforded along with registration of servicers, rescue scam protections, and labeling mortgage fraud as a criminal act.