If it sounds too good to be true it usually is. In the case of homeowners swindled by consumer financial fraud, an opportunity quickly became a nightmare. While the perpetrators have been charged and indictments delivered, there is no help for the consumer who got taken in the scheme. 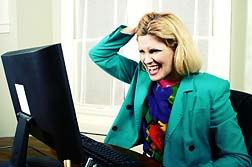 According to an indictment handed down April 22nd and unsealed this month, five defendants allegedly used corporate names such as "Metropolitan Grapevine LLC," "Metro Dream Homes," "POS Dream Homes," and "POS DH LLC" (collectively, MDH) to target homeowners and home purchasers to participate in a purported mortgage payment program called the "Dream Homes Program." To participate, an investor had to provide a minimum of $50,000 for each home enrolled in the program, in addition to an "administrative fee" of up to $5,000. In exchange, the program promised to make the homeowner's future monthly mortgage payments, and pay off the homeowner's mortgage within five to seven years.

After that, the homeowner and MDH would own an equal interest in the home.

In reality, the whole thing was alleged to be a Ponzi scheme.

"The Criminal Division and the U.S. Attorneys' Offices are jointly committed to redoubling our efforts to uncover and prosecute fraud and abuse in all facets of the housing market - a market upon which so many American families have pinned their hopes and their futures for so many years," said Assistant Attorney General of the Criminal Division Lanny A. Breuer. "I want to assure the American public that we will not rest until the tide of this criminal activity is turned."

The scheme preyed upon homeowners fearful for the future and looking for ways to keep their homes. Metro Dream Homes appeared to be a salvation. However, said an.attorney close to the investigation, in reality it was just slick marketing of empty promises.

"They convinced many victims to invest at least $50,000 by refinancing their existing homes or buying new homes at inflated prices, while claiming that Metro Dream Homes would repay the mortgages with revenue from profitable businesses. The indictment alleges that there was no revenue to pay the mortgage payments. Instead, the conspirators used some of the investors' money to repay earlier investors in the Ponzi scheme and spent the remainder on themselves."

A further aspect of the alleged consumer financial fraud scam was that proceeds from investors would be put towards the operation of ATMs, video kiosks and other high-tech promotional efforts. The MDH program was also marketed at luxury hotels, in an effort to add legitimacy and prestige to the program, according to investigators.

In reality, the ATM kiosks and other electronic marketing efforts generated little, if any income—and that revenue from later investors was used to pay the mortgages of earlier investors. MDH is said to have not even filed income tax returns for the duration of its existence.

The five defendants were also accused of using proceeds from MDH to pay their staff high salaries (in the $200,000 range) and maintain a fleet of luxury cars, complete with chauffeurs. Investor funds were allegedly used to pay for high-priced sporting events. It is also alleged that staff of MDH enjoyed having their own mortgages completely retired, thanks to MDH proceeds.

MDH was ordered to cease and desist August 15th of 2007 by the Maryland Securities Commissioner. It had been in operation since 2005.

The allegedly fraudulent mortgage scheme was said to be worth about $70 million. A federal grand jury returned an indictment against four of the defendants, with information filed against a fifth. It should be noted that an indictment is not a finding of guilt.

More CONSUMER FRAUD News
At the point when the MDH scheme came to a grinding halt, upwards of 1000 investors had put about $70 million into the firm. When MDH stopped making payments, the affected homeowners were left to go it alone.

Consumer financial fraud is the worst attack against well-meaning consumers who try to keep their lives and livelihoods going in the face of a challenging economy. While some may argue that a consumer's instincts should root out a scheme that appears too good to be true, financial desperation drives many a consumer to grab even questionable opportunities. Such proponents of fraudulent schemes prey on that desperation. If you have suffered financial loss from such an example of consumer financial fraud, a qualified consumer fraud lawyer could be an answer to your prayers.