A class action lawsuit was filed against LifeLock, Inc. on May 12, 2008 that alleges the provider of identity theft services engaged in deceptive marketing practices. The lawsuit also names CEO Richard "Todd" Davis as a defendant. 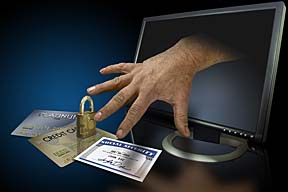 The lawsuit was filed in Jackson County, West Virginia Circuit Court on behalf of various LifeLock subscribers and Kevin Gerhold of Falling Rivers. This suit follows two other class action lawsuits filed in New Jersey and Maryland against LifeLock. All three class actions allege that the company provided misleading information to consumers in an advertising campaign that cost the company millions of dollars. The plaintiffs allege that the advertising campaign did not provide information that revealed the true level of protection offered. The plaintiffs also allege that the company did not warn the customers of the potentially adverse effects that LifeLock's services could have on their credit profiles. There are also allegations in the complaints that state the CEO was using LifeLock's services when he became a victim of identity theft multiple times.

Attorneys for the plaintiffs allege that LifeLock overstates the level of protection provided to consumers by their primary service. That primary service is the placement of fraud alerts on the credit profiles of the subscribers. Once the alerts are placed, they are to be constantly renewed by LifeLock. Attorneys say that LifeLock customers have relied on the advertisements for information and have paid for protection that has not been provided to them.

LifeLock, based out of Tempe, Arizona, charges a subscription fee of $10 each month. According to the lawsuits, the customer is lured in by the insurance policy that is said to amount to approximately $1 million in loss recovery if a person's identity is stolen. That is if LifeLock is at fault for the stolen identity because of not performing the agreed upon duties.

More BUSINESS News
Attorneys for the plaintiffs have maintained that through all of the disclaimers and limitations, the only guarantee is that LifeLock will investigate how to fix their own issue that led to the theft of an individual's identity. What they then do is pay a third party to restore the identity of the subscriber. The subscriber doesn't receive any money from the $1 million insurance policy. Furthermore, attorneys have said that there is no guarantee that credit status and reputation will be restored.

The complaints further allege that LifeLock entices customers into subscribing with an advertising campaign that shows Davis displaying his social security number on the side of a bus. However, the complaints state that Davis has become a victim of identity theft due to this marketing campaign. It is estimated that his identity has been stolen at least twenty times.

In the newest class action, the West Virginia suit, attorneys are seeking to recover the money paid to LifeLock by the subscribers and to keep the company from continuing deceptive marketing practices. There are other states that may see even more class action lawsuits against the company. Since its inception in 2005, LifeLock now has approximately 1 million customers.

Posted by
rds
on September 21, 2017
Have these issues been resolved with the company, or is it not wise to start a membership?
Posted by
Karrie Forrester
on October 14, 2016
I had an issue where they notified me my credit card was expired and they needed new info to renew my account. I had no plans to renew because I did not have the extra money to spend being a single mom and they charged my account with out my authorization and without me providing the new card information. I found this quite offensive.