New York City, NY: A computer manufacturing company has been ordered to pay $4 million to New York's Office of the Attorney General to settle a contract fraud case filed in 2007.

The initial lawsuit was filed by Attorney General Andrew Cuomo against Dell and Dell Financial Services, who accused the company of fraud, false advertising and deceptive business practices, ChannelWeb.com reports. 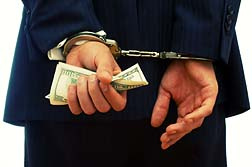 Cuomo won the suit in May 2008 when the company was found guilty and stated earlier this week that the $4 million settlement would be used to compensate customers who were affected by Dell's business practices.

"Going forward, this deal means that Dell will have to clearly and fully disclose the terms and conditions of their products and services to avoid this kind of fraud at the consumer's expense," Cuomo said.

The refund affects Dell customers who bought products from the company after being reportedly misled into believing they qualified for a no-interest promotion. Affected individuals also include those who purchased an at-home or on-site service contract and who experienced long telephone hold times or were told to open up the hardware of their computer.

If you or a loved one have suffered losses in this case, please click the link below and your complaint will be sent to a business frauds lawyer who may evaluate your Business claim at no cost or obligation.
Request Legal Help Now