Camden, NV: A commercial contract dispute has erupted between a New York City developer and the current owners of the Trump Marina Casino Hotel in Atlantic City. The former is attempting to get back a $17 million deposit that Coastal Marina LLC/Coastal Development LLC had paid when it agreed last year to buy the property that carries the famous Trump name. 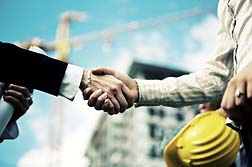 The chief executive officer of Trump Entertainment, in a story appearing today in the Philadelphia Inquirer, maintained that Trump Entertainment gets to keep the deposit because Coastal failed to close the deal after it agreed to the purchase in May, 2008.

"It is automatically forfeited," Trump CEO Mark Juliano said in a statement to the media. "It was very specific in the language of our purchase agreement - $17 million becomes ours if they didn't close."

The New York-based developer had entered into an agreement to buy the property on May 28 of last year and had submitted a deposit to the owners of $17 million, based on a purchase price of $316 million that was later reduced to $270 million. It was reported that Coastal was later granted an extension on the original deadline and the transaction was to close on May 28th of this year—exactly one year after the initial agreement.

However, according to the Inquirer talks broke down between the two sides just prior to the extended deadline.

More COMMERCIAL FRAUD News
Coastal, as a result wants its deposit back. In response it is the position of Trump Entertainment that Coastal's allegations are baseless.

Each accuses the other of breach of contract.

"Unbeknownst to the Coastal parties, the defendants intended to strip the casino of its valuable customers and key personnel, destroy the image with its potential and current patrons, and let the casino fall into a complete state of disrepair such that no lender would ever finance its purchase," Coastal claims in the lawsuit, filed in U.S. Bankruptcy Court in Camden.

"It's a classic case of buyer's remorse," Trump Entertainment's Juliano said yesterday. "Everything we were required to do according to the purchase agreement we did."

If you have suffered losses in this case, please send your complaint to a lawyer who will review your possible [Commercial Fraud Lawsuit] at no cost or obligation.
Request Legal Help Now