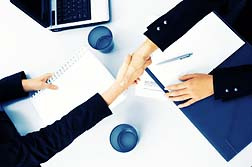 Last month a commercial contract slide through the cracks cost a US contractor $128 million to resolve and settle contract fraud allegations.

In this case, a contractual relationship between the US government and NetApp Inc / NetApp US Public Sector Inc. (NetApp) soured and became, at $128 million plus interest, the single largest contract fraud settlement that the General Service Administration (GSA) has obtained to date.

As an aside, government contracts can be lucrative and the business world lines up to get them. The US Government always pays its bills. You never have to chase them. However, even with a few choice government contracts in their portfolio, many businesses decide to try to pull the wool over the Guv's eyes too…

In this case the multi-million dollar settlement resolves allegations that NetApp knowingly failed to meet contractual obligations to provide GSA with current, accurate and complete information about its commercial sales practices—including discounts offered to other clients—and that NetApp knowingly made false statements to GSA about their sales practices and discounts.

As a result, it was alleged that the US Government was made to accept lower discounts and thus paid a far higher price than it should have, for NetApp products.

NetApp had entered into contract with the United States government to provide computer hardware, software and storage management services for computer network environments to government departments through the GSA Multiple Award Schedule (MAS). The latter is a streamlined, almost fast track process that allows a supplier to gain unfettered access to the substantial government procurement portfolio, not to mention a streamlined administrative process that allows a MAS-approved company to sell to hundreds of government end-users under one central contract.

To uphold its end of the bargain, the supplier must agree to disclose commercial pricing policies and practices, as well as abide by contractual terms when selling to purchasers within the MAS agreement.

It is alleged that NetApp did not do this. Resolving the allegations cost the company $128 million, plus interest.

There is a whistleblower aspect to this commercial contract story.

Igor Kapuscinski is a former NetApp employee who brought the lawsuit against NetApp on behalf of the US government. Under the False Claims Act (FCA), any private citizen can bring suit on behalf of the United States. For their trouble FCA plaintiffs are entitled to a share of the final award.

"This settlement shows that the United States will not tolerate misconduct in the pricing of government contracts," said Michael F. Hertz, Acting Assistant Attorney General for the Department of Justice's Civil Division.

More COMMERCIAL CONTRACT News
A spike in government procurement as the result of increased national defense spending in the years following 2001 prompted the feds to pursue increased integrity in the procurement process. The National Procurement Fraud Task Force was set up in 2006 to root out fraudsters by way of early detention, identification, prevention and prosecution. It would also save the government money.

It seems the task force would make the government money as well, together with the lead plaintiffs in FCA lawsuits.

It was not immediately known if Kapuscinski must pay his legal fees out of the $19 million dollar windfall. It was also not immediately clear if NetApp agreed to a settlement without admitting to any wrongdoing.

If you have suffered losses in this case, please send your complaint to a lawyer who will review your possible [C Lawsuit] at no cost or obligation.
Request Legal Help Now

Click to learn more about LawyersandSettlements.com
LawyersandSettlements.com - A trusted, independent legal news provider bringing quality news and information on legal cases and lawsuits filed in the United States of America to its readers since 2002. Over 650,000 legal help requests including Financial Cases, and Whistleblower Cases have been forwarded to lawyers all across to the country.