Allegations of unfair business practices against Alcon has set a lawsuit in motion by Synergetics. It has been brought forth by Synergetics that Alcon Inc. and its subsidiary Alcon Laboratories has caused Synergetics the diminishment of $100 million in losses.

The lawsuit is being considered a civil antitrust lawsuit and has been filed as one with the court system. Synergetics operates as a microsurgical device business and Alcon deals in the vitreoretinal surgery market. Synergetics is maintaining that the unfair business practices of both divisions of Alcon have precipitated their monetary losses.

The lawsuit was filed with the Southern District of New York in the United States District Court. Synergestics has also alleged that Alcon abused its power as a monopoly in the vitrectomy machines market to keep power in its court by placing their sales focus upon Alcon's surgical illumination sources and related accessories. According to Synergetics this effort to promote these products has adversely affected their ability to have their own products sold. The thrust of Synergetics line that has been affected involves the Photon line of laser probes, light pipes, light sources, and various other accessories. 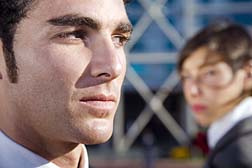 Some of the assertions against Alcon by Synergetics include: disparaging advertisement, grant monies afforded to clinics, hospitals, and surgeons. The monies filtered to the clinics, hospitals, and surgeons are alleged to have been paid to sway purchasing choices and predatory costs for purchases are said to have been involved. The Advisory Board is said to be made up of several surgeons who are obligated to purchase Alcon products for their private practices. Also, it's been suggested within the lawsuit that the surgeons are receiving benefits above and beyond these items. The surgeons are reported to have received income ranging up into six figures for their positions on the board alone. An additional assertion is that Alcon deceptively acquired and kept the biggest share of the market by placing the condition that Alcon light pipes had to be sold with the purchase of patented fluid collection cassettes as well. These items are required for all vitreoretinal surgeries.

More BUSINESS News
Synergetics as well as other little companies have had to sit back and see Alcon deal unfairly and gain unwarranted sway on the vitreoretinal surgical markets. This has caused healthcare prices to skyrocket, and new innovations have been stalemated along with price conscious strides in technology. This is according to the CEO of Synergetics. He also stated that this has adversely affected both patients and surgeons along with the healthcare system at large. His belief is that the lawsuit is absolutely necessary to keep Alcon from moving everyone out of the market. As a result of Alcon's involvement in the situation prices for vitreoretinal surgery have shot up sharply. Nestle S.A. who has the lion's share of the food and beverage market, owns the majority of Alcon. Alcon states that it is the largest and most trusted eye care company in the world.