On July 8, 2008 the Food and Drug Administration slapped a black box warning on Cipro and other, similar antibiotics due to an increased risk of tendonitis and tendon rupture. Recent adverse reports include ruptures to the shoulder, hand, bicep or thumb tendons. 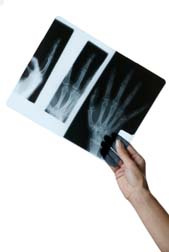 Since at least 2003, Cipro has been linked to Achilles tendonitis and other tendon ruptures among patients who were prescribed the drug. In December 2003, a study was published in Clinical Rheumatology associating Cipro with Achilles' tendon rupture. The report also advised a Cipro warning that linked the drug's use to the risk of tendonitis. It further reported other adverse side effects from Cipro's use including seizure, difficulty breathing, hallucinations, depression, blacking out, chest pain, suicidal thoughts and numbness.

Manufactured and sold by Bayer A.G., Cipro was approved by the FDA in August, 2000. Since that time, it has been prescribed for a variety of conditions, and is most commonly used to treat infections of the skin, sinuses, bone, lung, ear, abdomen, and bladder. It can also be used to treat some sexually transmitted infections, some forms of infectious diarrhea, and typhoid fever.

More CIPRO News
Last year Amanda (not her real name pending a lawsuit) was prescribed Cipro by her gynecologist for a urinary tract infection. Shortly after taking the drug, she went on a cruise and her left foot began to hurt so she saw the ship's doctor. "I couldn't stand, let alone walk, for any length of time and it ruined my vacation—to say the least," says Amanda. "He couldn't really do anything except advise me to see a doctor as soon as I got home." Amanda saw two doctors—both said her foot needed to be in a cast for at least four weeks. "I had to hop around most of the time and after that suffered many broken blood vessels in my leg which are painful and very unattractive; now I have to get them removed surgically."

In December 2007, John (not his real name) was in hospital with an infection and he was given Cipro. "Shortly after starting treatment with Cipro, I felt a "popping" in my shoulders," he says. "At the time, I could barely move my arms and since then I have suffered constant pain; I am only now starting to improve thanks to physical therapy."
If you have experienced muscle soreness, swelling or tenderness during or after using this anti-bacterial drug, it could be a sign of a ruptured tendon and you should consult your physician. And you might want to contact a lawyer regarding a potential Cipro lawsuit.

If you have taken Cipro and suffered an injury, please send your complaint to a lawyer who will review your possible [Cipro Lawsuit] at no cost or obligation.
Request Legal Help Now