Cipro Joins the Black Box Club Too Late for Some

Credit the folks at the Los Angeles Times for daring to put a light-hearted spin on a serious subject Americans have grown weary of: black box warnings. And according to the venerable paper in the sun-kissed State, Cipro has 'joined the club' that already corrals many drugs not considered too dangerous to take off the market, but risky enough to warn people with a black box warning. 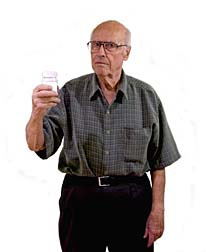 Thus, Cipro has been inducted into the exclusive circle by the US Food and Drug Administration (FDA) over concern that use of the drug increases the risk for tendonitis and tendon rupture—especially in older Americans. The edict came down from the mountain on the 8th of this month.

Cipro, which is the popularized short form for Ciprofloxacin, is an antibiotic belonging to the fluoroquinolone family and was approved by the FDA in 2000. Brought to market by Bayer AG, the Big Pharma giant from Germany, Cipro has gained a foothold thanks in part to the vaulted status afforded anything antibiotic by patients, and the doctors who so often prescribe them as a quick-fix for anything resembling an infection.

The problem, among other adverse affects, is the potential for tendonitis and tendon rupture—something that is not new. Cipro was tagged as early as 2003, after being on the market for just a few years, as potentially increasing the risk for tendon issues. A study published at the end of 2003 alluded to that very fact, together with a shopping list of adverse reactions that included, amazingly, suicidal thoughts.

And the concern goes back even further. A reader blogging on the LA Times web site notes that he was given fluoroquinolones for two weeks in the early 1980s. Shortly thereafter, he ruptured his Achilles tendon while playing basketball. The writer notes that about four months after his injury he recalled seeing numerous items in the media pertaining to the tendon problem linked with fluorquinolones, together with a discussion about potentially removing them from the market for that very reason.

"What happened?" the observer asks. "Did everyone simply forget? Does the FDA just not know what they are doing, or are the payoffs just too good? Somebody is not telling the whole story here."

Another observer states that after visiting a hospital ER two years ago and given Cipro for an illness doctors could not immediately identify, she began having trouble walking and was in extreme pain. The writer notes that while the Cipro effectively contained her symptoms (fever, chills) after a day or two, the drug effectively put her back into the hospital the day after completing a five-day Cipro regimen. After seeing numerous specialists and undergoing a battery of tests, doctors reportedly concluded that the Cipro prescribed to the patient during her previous visit served as the root cause of her tendon issues.

"I was told that some people get better within a few weeks, some six months to a year, and some never do. I was devastated. I still have many problems with the pain but do believe that someday I will be better..."

For its part the FDA observes that "the risk of developing fluoroquinolone-associated tendonitis and tendon rupture is further increased in people older than 60, in those taking corticosteroid drugs, and in kidney, heart and lung transplant recipients."

It is all well and good that Cipro now has a black box warning. However, that warning comes almost five years after a published study that linked fluoroquinolones with the potential for tendon damage, and two decades after the issue was aired in medical and manufacturing circles. As it was, Cipro was approved by the FDA in 2000, even though questions had already been raised.

More CIPRO News
The resulting injury, and in some cases prolonged damage to tendons from fighting a sometimes brief and fleeting infection impairs the mobility of an individual at a time in society when Americans value their freedom and physicality. Boomers have been looking after themselves physically, and are more active than at any other time in our history.
Imagine the frustration of taking an antibiotic for a week, only to have trouble walking for a year—or longer.

Given revelations that tendonitis and tendon rupture are risks that have been discussed before, it would surprise no one to find that a surge of lawsuits might begin flowing through the courts as a testament that, to their way of thinking, the black box warning came years too late, and the fluoroquinolones that robbed them of their mobility perhaps should have disappeared from the market a long time ago.

Perhaps the black box warning is akin to covering one's butt, and the satisfaction and relief that comes with it. But is it fair to consumers? Is it right? Is it just?

The courts may decide that one.

If you have suffered losses in this case, please send your complaint to a lawyer who will review your possible [Cipro Lawsuit] at no cost or obligation.
Request Legal Help Now