Of all the Cipro side effects one hears about most often is Cipro tendon rupture. To that end the US Food and Drug Administration (FDA) mandated a black box warning for Cipro last year with regard to Cipro tendonitis and Cipro rupture. However there are many more side effects inherent with the Ciprofloxacin antibiotic, as the physical trials of various Cipro patients demonstrate. 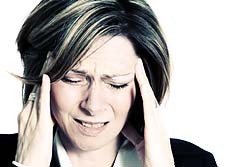 One 29-year-old woman from Tucson who blogs as rawfoodsmama was prescribed a 10-day course of Cipro by her doctor last year. "I started my course the day I picked up my script (as directed by the doctor)," she writes. "I think it was shortly thereafter that I completely lost all interest in food. I tried to sleep for the rest of the day but couldn't, same goes for that night. I do remember talking on the phone in bed that night around 10 PM (right after my 2nd dose) and I noticed a strange tingling in my left arm. The next morning, I took my third pill. I don't remember much except that I felt slightly dizzy and as the day went on I developed the worst headache of my life.

"It was then that it was brought to my attention that the Cipro was the cause and I discontinued it immediately. The worst symptoms ensued over the next few days."

Those symptoms encompassed no fewer than 34.

A year later she is well on the road to recovery, but it has been a long journey.

Then there is Ian, a 26-year-old from New Jersey. Here's what he had to say about being 'floxed.'

More CIPRO TENDON RUPTURE News
"My ordeal began this past January…was prescribed 14 days of Cipro along with Celebrex (a Non-Steroidal Anti-Inflammatory drug). Didn't think much of it, took the entire course without any side effects. Pain lessened, but didn't go away completely.

"Went back to urologist (who) gave me another prescription of Cipro along with more Celebrex. I only took this course for about 2 or 3 days before I Googled Cipro just for the heck of it. I stumbled upon all the horrible info on floxings and the dangers of quinolones. Needless to say this scared the hell out of me and I immediately stopped taking this second course.

"About 2 weeks later, I got slammed with intense anxiety, insomnia, brain fog/depersonalization, dizziness, shortness of breath, and slightly blurred vision. For the first few weeks I could barely get out of bed, but dragged myself to work and struggled through it."

Cipro is a powerful antibiotic, with equally powerful adverse reactions.

If you have suffered losses in this case, please send your complaint to a lawyer who will review your possible [Cipro Tendon Rupture Lawsuit] at no cost or obligation.
Request Legal Help Now

Posted by
J.
on November 11, 2012
I have been crippled since? October 25th, 2009 thanks to just TWELVE? Cipro pills prescribed to me for a "suspected" UTI (no bacteria was ever found). I am now on disability and am essentially bedridden,? living with my parents again at the age of 33. I live in constant agonizing pain that is literally not of this world. Still to this day, three years later, my muscles tear from the bone for NO REASON. I have lost absolutely everything I ever had.  I never in a million years saw this coming, nor did I even know that a hell like this even existed. The corrupt and inept FDA looks? the other way as the criminals at Bayer continue to cripple and kill? the? unsuspecting public with this poison they market? as an antibiotic. I pray someone gets revenge at Bayer headquarters very, very soon.  They have it coming.  I'm pissed as hell and I'm screaming from the mountaintops about this! You can find more info on the horrors of Cipro, along with my personal story, by visiting my website: ciproispoison.com
Posted by
linda hull
on September 28, 2012
watch this it is heart wrenching this man is thinking of killing himself over cipro posionion or floriquonine syndrome as many are calling it youtube.com/watch?v=wuAoy_PxrOo
Posted by
Linda Hull
on September 28, 2012
I suffer the same symptoms as all those 1000 posting on internet who have been floxed but mine occured about 4 years ago before the warning. I did not suffer tendon rupture but just as horrible maybe worse. It has affected my vision and I also see giant spider webs floating in front of my eyes I can 't sleep. caused me hallucinations, inability to speak and severe twitching in neck and shoulder, then I developed gout and severe joint pain,huge kidney stones requiring 2 surgerys and all my teeth broke off even under root canals with crowns on top I now have to get extensive dental work , inplants which cost 65, 000 dollars or wear flase teeth. Yhey knew these antibiotics were dangerous as they had been takken off the market due to severe problems and deaths read The True Story Of Cipro