As the Chinese drywall controversy continues to reverberate throughout various pockets of the country, Chinese drywall problems have forced a Miami-based homebuilder to remediate hundreds of Florida homes containing suspect China drywall. 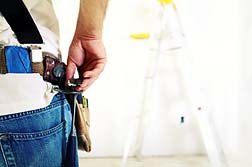 According to a July 13th account in the Wall Street Journal (WSJ) Lennar Corporation has set aside $39.8 million needed to repair 400 homes having confirmed problems with Chinese drywall. The WSJ also says the US Consumer Product safety Commission (CPSC) has received more than 600 complaints about tainted Chinese drywall from 21 states and the District of Columbia. The majority, however, are from Florida, Louisiana and Virginia.

At 400 homes in Florida alone, that state is by far the hardest hit by a product that gives off an odor so sour it drives people from their homes and turns copper pipes black.
According to the WSJ report, the CPSC mandated that some of their staff members visit a collection of the affected homes to note the odors and the metal corrosion originating from inside the homes.

"While in the homes, they also consistently experienced some throat irritation, scratchy eyes, headache and other symptoms that tended to clear up or dissipate after some time outside the homes," the agency said.

Most of the affected homes were built in 2006 and 2007 at the height of the building boom, when contractors had difficulty securing sufficient amounts of domestic drywall. Some suppliers sourced China for drywall—in some cases not informing the contractor of the switch.

Previous reports have confirmed that while some homes were built exclusively with Chinese drywall, others contained a mix of domestic and Chinese product.

More CHINESE DRYWALL News
The WSJ report further added that Lennar and some other builders have been forced to entirely gut homes to not only replace the drywall, but also wiring and other fixtures thought, or found to be affected by the product.

In a securities filing earlier this month, Lennar set aside $39.8 million to repair the homes. The corporation also said it has received $20.7 million to cover damages under its various insurance policies.

The builder said that it is seeking reimbursement from subcontractors, insurers and others for costs Lennar expects to face with regard to investigating the problems and repairing the damaged homes.

The CPSC and state agencies are investigating potential health and safety risks related to the Chinese drywall, and Chinese drywall problems. Lawsuits over China drywall continue.