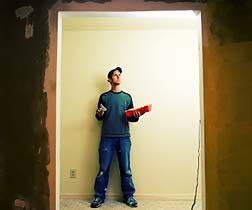 Two conclusions were reached at the symposium: that the drywall is not a hazard to human health, and that the culprit ingredient causing corrosion is elemental sulfur.

The News-Press in Fort Meyers reported November 7th that not everyone agrees with those findings, despite the qualifications and the expertise of those who presented.

It should be noted that two of the experts have performed work for contractors and a supplier of the Chinese drywall.

Toxicologist Bob DeMott is affiliated with Environ International, a consulting firm which was hired by Lennar Homes and other builders.

"We breathe air with corrosive properties all the time," DeMott said. He listed a number of products, including soft drinks with a corrosively low pH and foods with the same kinds of reduced sulfur compounds emitted by the drywall, such as Brussels sprouts. Battery terminals and golf clubs are sometimes cleaned with soft drinks because of their corrosive quality. Yet drinking them, he said, doesn't hurt humans.

"There is a disconnect," DeMott said. "We are living biological systems. We are not pieces of metal."

Barbara Manis serves as chief medical officer for Building Health Services in Rockville, Maryland. She was joined on the panel by Phil Goad, principal toxicologist at the Center for Toxicology and Environmental Health in Arkansas, who was hired by Knauf Plasterboard Tianjin to investigate its drywall in 2006. He concluded there was no health hazard.

But there are dissenters, including US Senator Bill Nelson (D-Orlando). During a visit to a Chinese drywalled home in Cape Coral, he immediately felt congested.

More CHINESE DRYWALL PROBLEM News
"Common sense tells you that if something is corroding air conditioning coils so bad they can't be used, you can imagine what it's doing to your respiratory system," Nelson said.

A Florida state department of health study last week concluded that the defective Chinese drywall does not emit sulfur compounds at levels that will harm health. However, state toxicologist David Krause acknowledged that more testing is needed. "We're looking at a fairly small number of homes," he said.

Affected homeowner Richard Kampf said that the conference eased his immediate fears regarding health implications, but that "the other thing that we realized is we found a direct link between Chinese drywall and corrosion in the homes. I don't need a federal agency or anyone else to tell me that."