Lawyers involved in multiple lawsuits being filed concerning defective Chinese drywall products are reportedly saying the manufacturers may not respond to the cases. 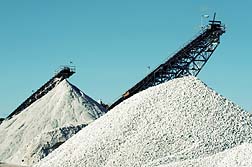 More CHINESE DRYWALL PROBLEM News
The material has been said to decay, creating corrosive chemicals and fumes, according to the suit.

As an alternative, the plaintiffs' lawyers are considering taking action against the U.S. investment bankers who financed the companies that brought over the defective products.

The Chinese drywall has been reported in homes located in Florida, Virginia and Texas. An organization called the Chinese Drywall Complaint Center was created to help homeowners get information about the ongoing issue, calling it the "absolute worst environmental disaster in U.S. history."

"The federal response…has been a pathetic joke, given the scope and size of the extreme issues now affecting any U.S. citizen living in one of these toxic homes," states the organization.