For Chinese Drywall Victims, a Ray of Hope

Victims of the Chinese drywall debacle finally have something to cheer about. The judge assigned to hear the consolidated cases (about 600 lawsuits so far) appears intent on fast-tracking the China drywall cases, while a new law currently in the pipeline could make it easer for consumers to sue offshore manufacturers of shoddy products. 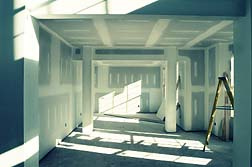 It has been estimated that 500 million pounds of suspect Chinese drywall was imported into the US during the housing boom spanning 2004 through 2007 when homebuilders could not source sufficient amounts of domestic drywall (the preferred product).

Plaintiffs claim as many as 100,000 homes may have been built using Chinese drywall exclusively, or with a mix of Chinese and domestic product.

US District Court Judge Eldon E. Fallon in New Orleans has been assigned the current caseload, recently combined under multidistrict consolidation, for pre-trial issues—and has signalled he wants to hear the first trials by the end of the year.

That, together with the proposed new law is good news for any homeowner affected by the tainted Chinese drywall problem.

The proposed bill—the Foreign Manufacturer's Legal Accountability Act of 2009—would require foreign manufacturers to retain a business representative in at least one US state where it does significant business. This person could be served with a lawsuit alleging a defective product.

Currently, according to a story Wednesday in the Miami Herald, there are so many loopholes in the current legal system that foreign manufacturers are rarely penalized.

More CHINESE DRYWALL News
Chinese drywall defendant Knauf Plasterboard Tianjin has stated it welcomes home inspections and is in the throes of finding "practical solutions," but denied there are any adverse health effects from its drywall.

"Even today there remains wild and unsubstantiated speculation as to the size and scope of the issues relating to the Chinese drywall that is claimed to be causing problems in the affected homes," a Knauf statement said as it appeared Tuesday in Law.com.

Meanwhile, lawyers for the plaintiffs claim that new evidence indicates gas allegedly escaping from tainted Chinese drywall can be absorbed into the studs, walls and roof sheathing of wood frame homes—together with linen, mattresses, furniture and other household items. Residents have complained of respiratory problems and headaches, among other ailments.

Some homeowners claim that the only way to eradicate the problem effectively is to tear down the home...