A burn injury is an incredibly painful, usually accidental injury that can dramatically alter a person's life. In many cases, the event which caused the burn injury was the result of actions on the part of someone other than the victim. If those actions were negligent or otherwise unlawful, the injured person can file a lawsuit. If the injured party died as a result of his burn injuries, then the family of the deceased can file their own lawsuit.

In order to be successful in a burn injury negligence lawsuit, the plaintiff must show that the person who was negligent breached a duty to the plaintiff and that breach caused an event, which in turn resulted in a burn injury to the plaintiff. For example, if an employer fails to provide proper safety equipment to employees and the employees suffer burns because they do not have safety gear, the employer can be sued for negligence. As another example, if an apartment landlord fails to install working smoke detectors and people are injured because they were not properly warned of a fire, the landlord could be sued. 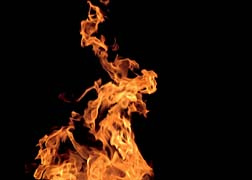 Other possible burn injury lawsuits include product liability, premises liability and statutory violations. Victims who have suffered serious burn injuries can file a lawsuit to recover costs associated with the injury including past and future medical expenses, loss of wages and attendant care costs. Other compensation can come in the form of non-economic damages including severe emotional distress, disfigurement, pain and suffering and scarring.

Burn injuries can occur at any time and can be the result of a number of things. People who work with chemicals, electricity or fire are at risk of suffering burn injuries at work. Meanwhile, people at home are at risk of burns from faulty appliances, faulty wiring, defective heaters, chemical leaks, improper water temperature, and cooking accidents.

Furthermore, burn injuries can be incredibly debilitating. Serious burns can result in loss of use of limbs, and in extreme cases, amputation of those limbs. Burns on hands and legs can make it difficult for victims to return to their jobs. Burns can cause injury to people's corneas, affecting their sight. Some burns, such as chemical and electrical burns, can have a devastating effect on the victim's internal organs. Furthermore, victims of burn injuries can require many surgeries, including skin grafts, in order to recover. However, even with multiple surgeries, some burn victims never fully recover.

More News
Earlier this month in Buffalo, a woman was placed in a burn unit with first-, second- and third-degree burns over approximately 20 percent of her body. The woman had been trying to light a pilot light to a boiler or hot water tank, but for some reason, as yet undetermined, there was a release of gas and the house exploded.

Meanwhile, on November 21, a woman from Queens was seriously burned, and later died, after her home exploded. Fire and gas company crews were called to the scene earlier in the day to respond to concerns about a gas odor. An investigation has found that a six-inch-diameter gas main pipe that ran under the street was broken, and leaking gas moved into approximately 10 homes along the block. What triggered the explosion is not yet known.

Many burn victims are injured through no fault of their own. When this happens, they have the right to file a lawsuit against the party or parties responsible for their injuries.

If you or a loved one has suffered injury from a burn, please contact a lawyer involved in the [Burn Injury Lawsuit] who will review your case at no cost or obligation.
Request Legal Help Now