The Relationship between Botox and Botulism

In spite of a warning just a few weeks ago by the US Food and Drug Administration (FDA) concerning the safety of Botox, and a call by advocacy group Public Citizen for beefed-up warnings on product labels, Botox continues to be misunderstood.

Such general misconception over just what Botox is and how it works, continues to grant Botox the widespread perception that a Botox injection is a quick and easy way to get rid of unwanted wrinkles for up to four months, without any risk whatsoever."

That's the perception. But it is far from reality. 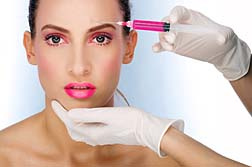 Perception: Botox is an injectable treatment that is derived from purified protein (this from a spa advertisement in this writer's local paper...)

Reality: Botox is derived from botulinum, the toxin found in botulism.

Perception: Botox injected into the skin will magically erase wrinkles.

Reality: Botox injected into a muscle will freeze the muscle, or cause it to stop working, for a period of up to four months. As wrinkles are thought to be caused by the involuntary contraction of certain muscles, the introduction of Botox into any muscle that is thought to control and impact a wrinkle will, in theory and in practice, take that muscle out for 120 days. However, it is not an anesthetic. Botox is a toxin. The muscle is reacting (or not reacting, as they case may be) to a foreign substance, which it finds toxic.

Perception: Botox doesn't migrate beyond the area into which it has been injected.

Reality: It can, and in rare instances it does. In addition to treating wrinkles between the eyebrows on the forehead (the only cosmetic use approved by the FDA), Botox is used to treat painful muscle spasms and knotted muscles of the neck. Again, the characteristic freezing, or immobilization of a muscle when it comes into contact with botulinum toxin holds true: if you can find a way for a problematic muscle to be rendered immobile without surgery—even temporarily so, at 120 days—it translates to relief for the patient.

That's all well and good, except when one considers the region we are talking about: the neck, which is dangerously close to the esophagus. What happens if that botulinum toxin decides not to remain exactly where it is injected, and migrates to other muscles that you can't afford to have immobilized?

Such as the muscles that control your swallowing...

The FDA has been investigating various reports of deaths amongst Botox patients, most of which center around clients who have been given Botox for therapeutic, rather than cosmetic reasons. Most of the deaths, sadly, have involved children afflicted with Cerebral Palsy. The latter group is often given Botox injections to control muscle spasicity, a condition that is a major issue with Cerebral Palsy patients. It should be noted that Botox was never approved by the FDA to treat muscle spasicity in either children or adults, and was never approved for any reason for children under 12. While Botox is still given to Cerebral Palsy patients, and in many cases successfully, dosages are carefully controlled, leaving one to speculate if the deaths in this particular group have been the result of Botox levels too high to be safe.

So far there has been just one report of a death from cosmetic use of Botox.

So why are we just hearing about this now?

Botox has been around since the late 1980's and quickly became the darling of the jet set.
However, it could be suggested that as the baby boomers age and become more financially independent, Botox is no longer the bastion of the rich and powerful. Today you will find Botox at spas, and pursued by ordinary people without the kind of pedigree that once served as a pre-requisite for a cosmetic Botox injection.

Considering more people are turning to Botox, it stands to reason that rare adverse events will increase in number, as the population size using Botox increases in kind.

And the current worry about Botox is not without precedent. Botox has been a percolating issue for years, with both the FDA and various medical agencies in Europe coming out with warnings in 2005. However, while the FDA has been relatively quiet on the issue since then, the agency's European counterparts have continued to investigate, and has put Botox under increased scrutiny.

This concern, that has been growing in Europe, fostered the petition by Public Citizen to the FDA, to sound the alarm bells.

But again, this is nothing new.

In 2003 Irena Medavoy, the wife of a Hollywood movie executive, filed a highly-publicized lawsuit against the makers of Botox, claiming that a series of Botox injections made her seriously ill for several months with symptoms of, but not limited to chronic pain, fatigue and depression.

A jury eventually cleared the manufacturer, Allergan, and the doctor who administered the injections, of any wrongdoing.

Still, the most damning thing that came out of the trial was the pre-existing literature about Botox that, apparently no one had heard about save, one would assume, for actual Botox clients. It has been reported in concert with the trial that the Allergan literature for Botox warned about "rare spontaneous reports of death ... and/or significant disability," as well as "rare reports of adverse events involving the cardiovascular system" and rare instances of "muscle weakness" that, while usually brief, "may last several months."

More News
Somehow, those adverse reactions very quickly fell away from public awareness until last month, when Public Citizen asked for a black box warning for Botox, with regard to those very reactions. The advocacy group, it has been reported, reviewed 180 reports of Botox gone wrong, including instances of muscle weakness, swallowing problems, and aspiration pneumonia. The latter, basically, is when you cannot properly control your esophagus, and food and fluids wind up in your lungs, instead of your stomach.

Of these 180 reports, Public Citizen noted 16 deaths, and 87 hospitalizations.

The FDA is studying the issue.

In the meantime, it is interesting to note that many symptoms of botulism, which is a dangerous assault on the body usually stemming from food poisoning, and those of migrating Botox (botulinum toxin) appear similar.