Although the jury is still out on the level of danger for Botox paralysis, it was announced this week that Health Canada has approved updated warnings for Botox, and Botox Cosmetic (Botox injections for wrinkles) after a number of adverse reaction reports, that included Botox death.

Canadian Press reported that Health Canada, the Canadian public health watchdog, had received 13 adverse reaction reports up to, and including March 28th of this year. The reports included five Botox deaths, including two deaths in children with cerebral palsy. 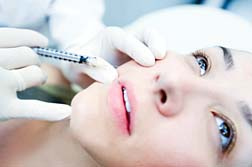 Botox has come under fire over the past year after various studies have revealed the possibility that Botox, which is injected into muscles to control muscle spasms or smooth out wrinkles, has the rare capacity to migrate away from the injection site and evoke difficulty in other areas.

This can be a problem because of what Botox is, and what it does. Botox is, in reality, botulinum toxin Type A—a purified version of the same toxin that causes botulism. The latter is a dreadful condition often contracted from eating improperly canned, or preserved food that is typified by vital muscles and organs becoming paralyzed, often causing death.

However, bad things can be good for you too, it seems. Researchers found that paralyzing muscles can be a good thing, especially in patients prone to uncontrollable muscle spasms. Botulinum toxin Type A, locally injected into a muscle will relax—read, temporarily paralyze—that muscle for period of some months, bringing relief to the patient.

A dermatologist in Vancouver subsequently discovered that Botox, when injected into certain facial muscles that are thought to promote wrinkles, causes those muscles to relax, and the wrinkles are less pronounced.

Since that time Botox has exploded in popularity, and especially the cosmetic side. While Botox Cosmetic was approved by the US Food and Drug Administration (FDA), and subsequently by Health Canada for a limited number of areas in the face, it wasn't long before Botox practitioners were holding Botox Cosmetic parties, and clients were getting injections all over the place.

It is true that Botox has proven beneficial for many patients, and its use is ever-expanding. Botox is now being used to treat excessive sweating in adults, and is in the process of getting approved for teens. It was even reported that one Hollywood actor had used Botox to treat her 8-year-old daughter's stinky feet.

However, there are risks—and that's why Health Canada has approved new language pertaining to the treatment of Botox.

"These adverse events are all categorized as suggestive of distant toxin spread, suspected of being associated with botulinum toxin type A," said Caroline Van Hove, vice-president of corporate communications for Allergan Canada, which makes Botox, and Botox Cosmetic.

"What's important here is that the newsletter itself acknowledges that none of these are actually medically confirmed to be distant toxin spread," she said in a report from the Canadian Press. "And even with the limited information available in the newsletter table of all the cases, you can clearly see that the confounding risk factors and the possible alternative causes are very apparent in these cases."

The updated information for doctors now contains defined warnings and precautions. Among other things, the warnings stipulate that the products should only be administered by physicians with the appropriate qualifications and experience, and at the recommended dosage and frequency.

It was noted that the adverse events, which are rare but considered a risk nonetheless, were seen mostly in children with pre-existing conditions such as cerebral palsy, dysphagia, aspiration pneumonia or lung disease. The patients were treated with high doses, something that the new precautions warn against.

More BOTOX News
However, it should be noted that Botox has previously been linked to dysphagia (difficulty swallowing) and aspiration pneumonia in patients that did not have pre-existing conditions. And while it is, indeed rare for Botox migration to occur in Botox Cosmetic patients, it has happened—including the Botox Cosmetic patient identified in the Health Canada newsletter.

At the end of the day, there is little doubt that Botox has proven helpful for many patients—and risk for Botox death and Botox paralysis are minimized when the Botox is administered responsibly by a qualified health professional, and only for approved uses.

However, risks remain—and as the largest wave of the Baby Boomers ease into retirement, the market for Botox injections for wrinkles will further expand.

Increased Botox use will most assuredly be accompanied by an increase in prevalence for Botox paralysis and Botox death.

If you have suffered losses in this case, please send your complaint to a lawyer who will review your possible [Botox Lawsuit] at no cost or obligation.
Request Legal Help Now