While profits may have been down in the first quarter when compared to a year ago, Avandia manufacturer GlaxoSmithKline (Glaxo) appears to be doing well. And while the risk for heart attack and other Avandia side effects continues for Type 2 diabetes patients—and critics continue to lobby for an Avandia recall—Glaxo's own health appears to be stable, if not robust. 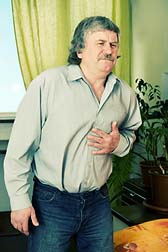 The Associated Press (AP) reported April 23rd that for the first three months of 2009, the UK-based drug maker indicated that first-quarter net income dropped 13 percent this year as compared with the same period in 2008. US sales were off a fairly significant 22 percent—much of the blame put on increased competition from generics and poor performance from Avandia, which continues to struggle.

And yet, in the UK sales grew 7 percent to $4.8 billion and overall revenue is up a significant 19 percent to $9.7 billion for the first three months of 2009, according to AP.

It's no secret the economy is a challenge throughout the United States this year. "In the USA, we are experiencing some of our toughest performance challenges as our product portfolio transitions and we reshape our business," chief executive officer Andrew Witty said in a written statement made available to the Associated Press.

It was also reported that much of the gain measured in British pounds was due to undulations in currency. Were the currency exchange rates averaged out, sales actually fell by a few percentage points.

However, for the Avandia patient concerned about risks associated with the Type 2 diabetes drug to the heart and other Avandia side effects—it should be noted that Glaxo continues to stand behind its product.

Earlier this month GlaxoSmithKline announced the purchase of Stiefel Laboratories Inc., a US-based dermatology concern, for $2.9 billion. Glaxo also announced a pooling of its resources with Pfizer Inc. in an effort to create a new company that will develop and vend HIV drugs.

While growth continues, things are in a state of flux and especially in the US where the economy continues to languish. Glaxo acknowledges a need to re-structure, or 're-engineer' its US operations. Such activity mirrors that of nearly every other corporation trying to operate and adjust to the new economic realities of 2009.

More AVANDIA News
It's not all roses to be sure, as sales of many prescription products appear to be slowing. However in the midst of that concern Glaxo is said to have identified non-prescription, over-the-counter drugs as a growth opportunity. As well, its lineup of consumer health-care products has recently been augmented by the introduction of its non-prescription weight-loss drug 'alli' in European pharmacies earlier this month.

Net profit for the three months to March 31 was $1.6 billion, down from $1.9 billion a year earlier

Sales for Lamictal, Glaxo's epilepsy drug dropped 61 percent in the US to $207 million in the first quarter, and the UK manufacturer—which has about 4,500 employees in the Philadelphia area—expects drugs such as Avandia to keep generating red ink.

However, Avandia continues to be available, with continued risk for heart attack and various other side effects associated with Avandia. Those calling for a complete Avandia recall continue to be disappointed. And GlaxoSmithKline continues to be the brunt of lawsuits over an allegedly dangerous drug that remains on the market.