Avandia: Dealing with the Diabetes Epidemic

With words like "epidemic" describing the nation's diabetes situation, it is possible that more people will be turning to medications like Avandia to maintain their insulin levels. However, because of Avandia side effects, which include an increased risk of heart attacks, patients and their doctors will have to determine whether the Avandia risk is worth the benefit. 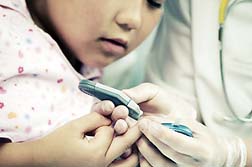 On October 19, 2009, Martin Silink, outgoing president of International Diabetic Federation (IDF), gave a speech at IDF's 20th World Diabetes Congress. As reported in The Gazette, (October 19, 2009), a Montreal newspaper, Silink said that the diabetes epidemic has grown far faster than anticipated. In 2007, experts predicted seven million new cases of diabetes a year. In 2009, that number is 10 million. The IDF estimates that 285 million people worldwide, approximately seven per cent of the population, have diabetes.

That means a lot of people will be looking for ways to control their insulin levels. Type 2 diabetes is marked by insulin resistance, which occurs when a person's cells—specifically, their fat, muscle and liver cells—do not properly use insulin. People with type 2 diabetes have an increased risk of cardiovascular disease, kidney failure and blindness.

These complicating factors make it vital that people with type 2 diabetes have a treatment method that does not increase their risks of serious health problems.

Avandia was a high-selling diabetes medication. Since news broke about the risks associated with Avandia—including increased risks of heart attack and bone fractures—sales have declined, although Avandia is still available on the market. The drug, made by GlaxoSmithKline, now carries a black box warning alerting users about the increased risk of heart attacks.

More AVANDIA News
This warning may help people just diagnosed with type 2 diabetes determine which medication or treatment method is best for them, but it does not help patients who were already diagnosed and say they suffered serious side effects after taking Avandia. Those patients say they were not properly warned about the risks of the drug and would not have taken it if they had been aware of those risks.

Frank P. (real name withheld) writes to LawyersandSettlements that after taking Avandia he suffered congestive heart failure. "While taking Avandia my legs swelled to over double their normal size and taking Lasix and HZT (hydrochlorothiazide, which treats fluid retention) did not reduce the swelling. My breathing was so bad I was put on oxygen 24 hours a day and it got so bad I could not walk 3 feet without being exhausted…I had extreme fatigue, was retaining fluid in my lungs and around my heart." Frank writes that since he stopped taking Avandia his legs are no longer swollen but his congestive heart failure remains.