For the RECORD, Many Say Avandia Study is Flawed

The debate continues over Avandia, in spite of a recent study that suggests Avandia poses no greater risk and is equally as safe as other Type 2 diabetes drugs with regard to risk for cardiovascular death and stroke. The study, dubbed RECORD, was released in its entirety at a conference of the American Diabetes Association (ADA) earlier this month—although preliminary findings were released prior to 2009. 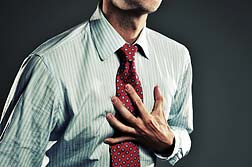 "The findings essentially are that, in overall cardiovascular terms, the drug is safe," said Dr. Philip Home, chairman of the committee that oversaw RECORD, in comments published June 5th in the Wall Street Journal. Home is also a professor of diabetes medicine in the United Kingdom.

However, according to a summary of the study in the Wall Street Journal the final results of RECORD suggest that Avandia patients carry twice the risk of heart failure than patients who take older diabetes drugs. And RECORD has its critics: among them Dr. Steven Nissen, who was quoted in the June 5th, 2009 edition of the Wall Street Journal as saying "the RECORD trial is seriously flawed."

The American Diabetes Association, which currently maintains a recommendation against Avandia use, will take the RECORD trial results into consideration. Depending on the outcome of that review Dr. Richard Kahn, the chief scientific and medical officer for the ADA said the organization might reverse that policy.

According to a Pharmawire story appearing June 18th on FT.com, a service of the Financial Times, RECORD demonstrated fewer deaths from cardiovascular disease in the Avandia group. Howver, the rates of chronic heart failure in the group randomized to Avandia at 61 events as compared with 29 events, which has been noted as stastistically significant.

More heart attacks were seen in the Avandia group (64 out of 2,220 patients) than in the control group taking metformin and sulfonylurea (56 patients out of 2,227).

Another of the RECORD study's critics is Dr. Graham McMahon, assistant professor of medicine at Brigham and Women's Hospital. In the June 18th edition of the Financial Times online, Dr. McMahon referenced the study as being "flawed" and "more of a marketing study than true science."

He added that he would have preferred to see myocardial infarction (MI) rates over hospitalization rates as an endpoint, which would have provided clearer evidence of the efficacy of Avandia. The study failed to provide any information on the role of the agent in patients with heart complications, he added. Dr. McMahon also suggested that the study was underpowered, which he said is evidenced by the low event rate and wide confidence intervals, adding that the flaws of the study were too great to make reliable claims.

Meanwhile a physician at the Center for Health Services Research at the Henry Ford Health System in Detroit said doctors should be concerned with the cardiovascular risk as the increased risk of congestive heart failure appears clear both in clinical trials and oberservational studies. Dr L. Keoki Williams told Pharmawire that the potential increased risk for heart attacks was not conclusively addressed in RECORD and the weight of evidence from meta-analyses and observational studies suggest there is an association.

"Drugs used to treat Type II diabetes should reduce CV (cardiovascular) events, not increase them," said Dr Sonal Singh, assistant professor at Wake Forest University School of Medicine. "The findings of the seriously underpowered RECORD trial were inconclusive regarding the risk of myocardial infarction with Avandia "

More AVANDIA News
The RECORD trial also showed a near doubling in the risk of fractures with Avandia, and the risk of fracture is in addition to the adverse effects of macular edema with the thiazolidinedione (TZD) class, Dr. Singh added. There is no clinical trial evidence to suggest that Avandia provides any beneficial effect on microvascular or macrovascular outcomes, Dr. Singh said in comments appearing in the June 18th online editon of the Financial Times. Thus, in the context of overall evidence clinicians should not prescribe Avandia, because safer and cheaper alternatives are available to treat Type II diabetes, Dr. Singh said.

Dr. John Buse, president of the ADA, referred to the RECORD study in the Pharmawire story as a pretty good study, but it does not exclude the possibility of harms. As is true of any study it has issues, Dr. Buse said.