A new study has reportedly found a link between Avandia and liver failure. The study, conducted by researchers from Public Citizen, a public advocacy group, involved a review of adverse events reported to the US Food and Drug Administration and found 11 deaths due to liver toxicity between 1997 and 2006. The study indicated the liver toxicity leading to those deaths was associated with the use of Avandia. 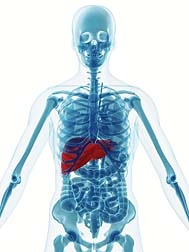 The study was published in the journal Pharmacoepidemiology and Drug Safety (July 22, 2009). Researchers concluded, "This is the largest case series of liver failure associated with rosiglitazone (Avandia) or pioglitazone (Actos) reported to date, strengthening the evidence that these drugs can cause severe hepatotoxicity."

Although 11 deaths in 9 years may seem small, researchers noted that low reporting rates to the FDA indicate that those 11 deaths may only be a small fraction of the overall number of patients who developed liver failure. Researchers concluded that, allowing for the underreporting of adverse events, 1 in 44,000 patients who take Avandia are at risk for developing liver failure.

US News & World Report (June 5, 2009), recently reported that physicians are now waiting for the results of the TIDE trial, a study that compares Avandia with Actos, to get a more clear picture of the safety of the 2 drugs. The TIDE (Thiazolidinedione Intervention With Vitamin D Evaluation) study, sponsored by GlaxoSmithKline has only just begun and is not scheduled to conclude until October 2015.

According to latimesblogs.com (July 25, 2009), GlaxoSmithKline argues that no scientific study has linked the drug to liver toxicity.

More AVANDIA News
Public Citizen (citizen.org) petitioned the FDA in October, 2008, to ban Avandia because the organization believes drug's risks outweigh its benefits. Furthermore, the group argues that there are safer and less expensive drugs already on the market to treat type 2 diabetes. So far, the FDA has not announced a ban on Avandia.

"The research [on Avandia and liver failure] is yet another indication that Avandia is too dangerous to remain on the market," said Dr. Sidney Wolfe, acting president of Public Citizen, director of Public Citizen's Health Research Group and co-author of the study, in a July 22 news release. "The FDA's new leadership should demonstrate its commitment to public health by banning this drug, thereby preventing needless deaths and serious adverse events."

Posted by
Reid Brown
on December 1, 2013
My wife,s liver failed (NASH) and died in 2007. She used Avandia to control her diabetes for several years.