The FDA: The Hot Seat Gets Hotter, the Saga Continues

Just days after representatives from the U.S. Food and Drug Administration testified at a congressional hearing and triumphantly announced black box warnings for Avandia and Actos, comes further reports of FDA researchers muzzled by the commission after concluding, in tests sanctioned by their employer, that the drugs were not safe.

The Avandia case is a classic example. After warnings about increased risk of heart attack among patients taking the diabetic drug first surfaced in 1999, the FDA did little to address the concern. Even after the Avandia story hit the media a few weeks ago, the FDA adopted a wait-and-see approach before deciding, in the end, to adopt the black-box warning recommended over a year prior by Dr. Rosemary Johann-Liang, a paediatrician and an expert with infectious diseases. 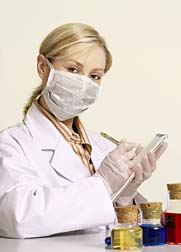 Dr. Johann-Liang, associated with the FDA since 2000, revealed just prior to the FDA hearing that she had proposed a black box waning for Avandia in March 2006. However, after presenting her findings she was muzzled.

Friday was her last day at the Administration. Dr. Johann-Liang has moved on.

And she has a bit more to say.

Two years ago Dr. Johann-Liang had risen in the FDA ranks to become a deputy division director in the agency's office of surveillance and epidemiology - a group that examines the safety of drugs currently circulating in the marketplace.

According to Dr. Johann-Liang, in reports publish in the New York Times, one of her safety reviewers approached her with a concern from the FDA's Office of New Drugs pertaining to the potential for eye problems in patients taking Avandia and Actos, another drug used for the treatment of Type 2 Diabetes.

The reviewer, Lanh Green, was concerned beyond the vision issue: she was more interested in the drug-induced swelling that had the potential for causing things such as weight gain, ankle swelling and in the end, heart failure.

There was already information about the risks elsewhere in the product labelling, but hardly prominent as the difficulty the FDA's own officials had in locating the warnings during the Congressional Hearing last week. Reviewer Green thought the heart risk should have been isolated in a black box warning, and given more prominence.

Following her own review over the next week, Dr. Johann-Liang agreed and reported her recommendation to the New Drug Office.

A week later, she was hauled in by her immediate superior with the announcement that she was no longer qualified or allowed to recommend strong labelling, and that the agency was going to proceed as if Dr. Johann-Liang's review had never been submitted in the first place.

Over the year, Dr. Johann-Liang was excluded from important product safety reviews and meetings and felt ostracized within the organization.

Congressional investigations have uncovered at least four other examples of FDA reviewers discouraged, or even punished for coming down hard on a drug that concerned them.

For example, in 2003 Dr. Andrew Mosholder became concerned that some anti-depressants led some children to become suicidal. After his findings were leaked to the press the FDA launched an investigation, muzzled Mosholder, and hired Columbia University researchers to re-evaluate Mosholder's dada. In the end, Mosholder was proved right.

In another glaring story, it was just last year that Dr. David Ross became concerned about Ketek, the antibiotic that was becoming linked to serious illness, and in some cases, death.

After pleading with agency officials to take action and getting nowhere, Dr. Ross went to Congressional investigators, and the resulting exposure in the New York Times and Wall Street Journal finally sent the FDA into action along with Sanofi-Aventis, the manufacturer of Ketek.

Afterwards, according to published reports, Drs. Ross and Johann-Liang along with other safety officials were invited in a private meeting with FDA head Dr. Andrew C. von Eschenbach to keep it "inside the locker room." The suggestion was made that those who discussed issues with outsiders would be, in von Eschenbach's alleged words, "traded from the team."

For Dr. Johann-Liang, playing by the rules had no affect. She had put forward grave concerns, only to be dismissed. Last week she watched from the sidelines as the FDA, amidst the heat and media spotlight of a congressional hearing, approved the very recommendation she had made - and was reprimanded for - a year earlier.

The whole sordid affair of speeding drugs through the approval process too quickly appears to have root in a 1992 agreement between the FDA and the drug companies, in negotiations shepherded by Congress.

Prior to 1992 it was not unheard of to take three years for a new, potentially life-saving drug to go through the approvals process. In the AIDS era, this was just too long.

More News
Thus in 1992, in exchange for millions of dollars in fees, the FDA guaranteed that new drugs would be processed within a year, and sometimes even six months. At the same time, drug companies were reluctant to continue to fund post-market analysis of drugs after they had hit the market. Now heavily dependent on fees paid by drug companies, the post-market watch by the FDA of existing drugs has diminished, while speeding through the approvals of new drugs continues.

Last month the Senate passed a Bill designed to overhaul the FDA. It would mean more money for safety assessments and the requirement of an advisory committee to meet twice yearly to conduct, and consider safety reviews.

The House will hold hearings on the proposed legislation next week.

If you or a family member have used Avandia and have suffered heart attack or liver damage after taking Avandia, please contact a lawyer involved in a possible [Avandia Lawsuit] who will review your case at no cost or obligation.
Request Legal Help Now