The Defective Saturn and the New GM: What's in the Cards?

It will be interesting to view the forthcoming marriage of automotive law as it pertains to the defective car, and the new economic realities facing auto manufacturers. Case in point: Saturn, and the auto defect issue surrounding its failed "Vti" transmissions. 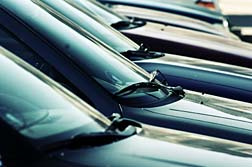 Back in September General Motors Corporation (GM) agreed to pay out an estimated $90 million to "tens of thousands" of motorists in all 50 States for expenses they incurred with regard to faulty transmissions in more than 90,000 Saturn vehicles. It was just after Labor Day that US District Court Judge William B. Shubb gave preliminary approval to the proposed agreement and settlement between GM and potential class members.

It should be noted that the class could be growing, with recent news that disgruntled Saturn owners in Canada may be attempting to join the litigation, or launch a similar action of their own.

Nonetheless, it was announced back in September that Judge Shubb would hold a hearing this coming February, on the 17th, in an effort to issue a final ruling as to whether or not the proposed settlement "is fair, reasonable, adequate, and should be approved."

Fine. But don't lose sight of what has happened in the weeks since that first week of September. General Motors, like its peers, is bleeding—but GM is bleeding the most and is in greatest danger of failure if not bailed out. Thankfully, it appears as if a government bailout package, complete with oversight, will buy the huge corporation more time to retool its business operations, and re-invent itself for a new reality.

But what does that do for an owner of a Saturn defective car?

The vilified Vti transmission was installed in the Saturn Vue and Saturn Ion starting in 2002 and ending in 2005. Unlike a conventional automotive transmission, the Vti is a "continuously variable" transmission that features a belt and pulley system to shift between gears. The allegation tied to the complaint, which was filed in October of 2007, is that the belts used were weak, and the transmission was "exceptionally prone to failure."

Here's the problem. If GM has agreed to pay out more than $90 million to settle the class action, where is that money going to come from? Insurance? A settlements fund? And what happens if GM decides to sell off the Saturn brand, a strategy it has already vocalized and referred to as recently as yesterday in an on-line blog by H. Ross Perot in the New York Times.

GM has already hinted, and automotive analysts have already speculated that GM will have to reduce the number of its badges in order to survive over the long term, and some product lines will no doubt disappear.

If Saturn is sold off, will owners of defective cars be protected? Will the liability remain with GM, given that the problems occurred before the date of sale? Or will that liability be passed along to whomever acquires the beleaguered brand from GM? Will the new owner be in a position to deliver the goods?

There is little argument that a manufacturer needs to stand behind its product, and litigation, together with the sympathies inherent with the courts of public opinion, remains a most effective means of holding the manufacturer to that obligation.

However, General Motors Corporation is in brand new territory here, in this financial crisis. Its stock value has plummeted. It's cash reserves are disappearing fast, banks continue to resist lending to a corporation that was once as sound as Gibraltar and as good as it gets, and Americans aren't buying. Even if they were, banks aren't lending to them.

A bailout by Washington will come with a 'car czar' who will watch, like a hawk, every dime of taxpayer money that is spent.

More DEFECTIVE CAR News
Thus, how much emphasis will there be on GM's future, as opposed to its past? And spending $90 million to settle an action on the part of disgruntled Saturn owners is a reactive step (albeit an obligation) that will not directly help the Corporation's future.

Obligations are obligations. However, a funny thing happens to an obligation, sometimes, when the rules are re-written. Were GM to file for Chapter 11 bankruptcy and restructure, for example. Where are the owners of 90,000 defective cars in the pecking order of a long list of creditors?

Saturn was once the darling of GM, a fresh new face on an otherwise tired personality. It turned out to be a revolution that made lots of noise initially, then fizzled. Now GM is in trouble, and there's talk of phasing out, or selling off the Saturn brand. Automotive law notwithstanding, what does this do to auto defect customers stuck with a defective car?

If you have suffered losses in this case, please send your complaint to a lawyer who will review your possible [Defective Car Lawsuit] at no cost or obligation.
Request Legal Help Now