Defective Cars Still on the Road, Recall Notices in the Glove Box

Driving a defective automobile is generally a recipe for disaster—a defective car is more likely to be in an accident, or cause an injury that can be linked to an auto defect. The latter can be due to poor design, or workmanship. However, the bottom line is startling: there are millions of defective vehicles on the road, and nobody is doing a whole lot about it.

One of the reasons why, is that auto recalls are so prevalent now, people tend to ignore them. 'What, another recall? P'shaw…" It's like the boy who cried wolf. 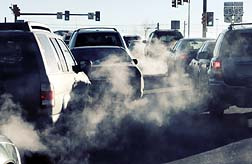 It used to be that recalls were rare, and when you heard of one it was devastating. Worse, if your vehicle happened to be on the list, often times you didn't wait for the recall notice in the mail. No, you were already at the dealership with a dozens of other vehicle owners like you, panicked that the cigarette lighter could cause a fire, or some such thing.

Now, recalls are just another source of noise in our busy day. Why is this? Are vehicles not built better than they used to? They are certainly more complex. Perhaps it has to do with the fact that manufacturers only issued a recall only for the most compelling safety issue, and only after Ralph Nader came on the scene and started spouting off about those killer Corvairs.

Today, given the complexity of the automobile and the potential for lawsuits, manufacturers aren't shy about issuing recall notices for everything from a defective airbag sensor, to a blemish on the faceplate of the car radio.

The problem is that people appear to be ignoring them. Car recalls don't seem to be any big deal any more, and even recalls for serious defects are being met with a certain degree of malaise.

"Recall completion rates are about 30% for child safety seats, under 50% for tires," says Karen E. Aldana, public affairs specialist with the National Highway Traffic Safety Administration (NHTSA). "That compares to more than 70% for vehicles [in general]." And THAT translates to a low response rate for safety recalls.

This is demonstrated by the recent Ford recall that was completed on only 7 million of the 12 million cars recalled, or 60%. The recall in question was the defective cruise control switch that was installed on certain Ford, Lincoln and Mercury models built over a ten-year period between 1993 and 2003. The switch was found to have the capacity to fail and spark a fire—even when the car was parked and not in use.

A serious situation, indeed. Imagine your car parked in the garage, beside the house or under a carport. Suddenly it catches fire at two in the morning, and you awaken to more than your car on fire. Your house could be threatened, your family, neighboring properties. The damage and destruction could be enormous.

And yet, there are still five million of those defective autos that have yet to come in. the NHTSA issued a third consumer alert this past September, in an effort to get those cars off the road, and into a dealer for repair.

The year 2004 appeared to be the watershed year for defective autos, when 30.8 million vehicles were recalled for one reason or another. Two years later things had improved, with 'only' 11.2 million vehicles recalled in 2006. Last year, however, that figure had jumped 30 percent to 14.5 million.

We will have to live with recalls, for the simple reason that cars ARE being built better—and also more complex. Cruise control, for example: once upon a time you would find such a feature in only high-end cars, such as Lincolns and Cadillacs. Now, even sub-compacts come equipped with cruise control, as well as air bags up the whazoo, CD players and iPod interfaces, air conditioning and power windows.

As cars get more complex, there are more things to go wrong. Hence the recalls, and give credit to the manufacturers for at least issuing them, rather than ignoring a problem and hoping it will go away.

However, motorist's apparent apathy with regard to recalls translates to a serious safety issue on the nations' roads, as more and more vehicles with apparent safety defects are continuing to be operated, putting both the owner and others sharing that same stretch of pavement, at risk.

More DEFECTIVE AUTOMOBILE News
Perhaps it is time for the manufacturers to join forces with the NHTSA and other governmental authorities in cracking the whip once an auto defect results in a recall, in an effort to get the defective automobile off the road. A defective car is a danger to everyone. Sadly, society can no longer count on the defective car owner to respond with due diligence to a recall notice.

Perhaps recall notices need to have a time limit. Once that time limit expires, the dealer would be authorized to claim the vehicle for the required repair, and charge the owner a fee for the process of hiring someone to come and claim the car for repairs.

Something has to be done. Only government can enact law. And the manufacturers are the entities responsible for building the defective car in the first place. The two camps should get together, before any more recall notices are tossed aside like so many pieces of junk mail, and innocent people get hurt, or killed from an auto defect that does not get repaired.

If you have suffered losses in this case, please send your complaint to a lawyer who will review your possible [Defective Automobile Lawsuit] at no cost or obligation.
Request Legal Help Now