This week Citigroup Global Markets Inc. was ordered to pay almost a half-million dollars in fines over its role in misleading investors with regard to auction-rate security sales in Arizona. 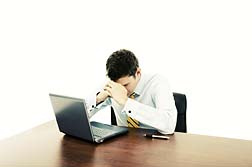 Misleading investors in the auction-rate securities arena seems to have been a common occurrence.

At one time auction-rate securities were a relatively easy and lucrative way for investors to temporarily park cash. Securities could usually be purchased and sold fairly quickly and interest rates were attractive compared with competing products. It was not uncommon for investors to park cash for a college or vacation fund, or for any other reason.

The word on the street, as well as the words in the vending agent's office, were that the auction-rate security was safe, liquid and 'as good as cash.'

That was the sell. In reality, auction-rate securities were anything but—long-term investments subject to a complex auction process that had the potential to lead to illiquidity and lower interest rates.

For holding back that little tidbit of truth, Citigroup Global Markets Inc. was fined $455,128 by the Arizona Corporation Commission for its role in leading investors down the garden path.

As part of the settlement Citigroup also agreed to buy back the now-vilified securities and reimburse those investors who sold at a loss (if they were lucky enough to sell at all). That bill totals about $97.7 million worth of auction–rate securities from some 839 investors.

It seemed, at the time that everyone knew exactly what the auction-rate security was. Everyone perhaps, save for the investor. He was left out in the cold. He didn't know that what he was really buying was a long-term product, such as a municipal bond with something like a 30-year term to maturity.

When the market was hot there were buyers a-plenty and investors were flipping auction-rate securities like real estate moguls flip properties.

However that only works when you have buyers. Without the buyer, you can't sell. And once that begins to happen, you're going to stop buying.

That's how a massive market for auction-rate securities that had been steaming along for years, ground to a halt almost overnight.

Suddenly, investors are holding investment products they can't sell. Instead of the expectation of selling an auction-rate security over the course of a couple of weeks or a month, investors suddenly were made to realize the truth about their investment and the scope: without access to those funds, they couldn't fund the kid's college tuition, or carry on with whatever plan or need the money was intended for.

If brokers knew the score they either weren't telling, or were actually beginning to believe the auction-rate security was as good as cash themselves. Who would believe the bubble would burst and the market would implode as quickly as it did?

More AUCTION RATE SECURITIES News
The Arizona Corporation Commission investigation was part of a 12-state inquiry probing the behavior of prominent Wall Street firms with regard to allegations that they knowingly misled investors into thinking they were buying completely liquid products with full and unfettered access to their money, without disclosing the risks.

Observers have stated the funds currently tied up in failed auction-rate securities would go a long way in helping stimulate the US economy, were those funds to get back into circulation. Instead, the auction rate is dead and a robust auction-rate securities market is but a distant memory. However, the loss and pain are still being felt. If you count yourself as one of them and have not derived any satisfaction from the vendor, you would be well advised to seek out an auction-rate securities attorney to discuss the possibility of launching an arbitration case to recover your losses.

If you have suffered losses in this case, please send your complaint to a lawyer who will review your possible [Auction Rate Securites Lawsuit] at no cost or obligation.
Request Legal Help Now