Fred Frazzetta is on a mission: to bring his ex-employers to justice for knowingly exposing workers to asbestos. In the summer of 2006, Frazzetta was employed as an electrician at Harrah's Las Vegas; he blew the whistle on the resort for exposing his co-workers to asbestos in a remodeling project, and admitted doing so in an email to his boss.

As a consequence, Nevada's Occupational Safety and Health Administration (OSHA) investigated and fined the resort $11,550 for 16 serious violations and two other violations connected to the incident. And Frazzetta was fired from Harrah's—possibly due to his part as whistleblower. 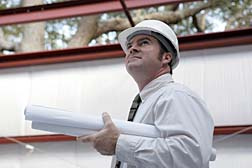 ""I had two fellow union 501 operating engineers working with me in the electrical department," says Frazzetta. "I was assigned a project at the Rio Hotel and they were assigned to a remodel inside Harrah's where they encountered asbestos. I returned to Harrah's in May, 2006 and a few weeks later, the company told them they had been exposed to asbestos."

Why had Frazzetta acted as whistleblower? Two employees told him about the asbestos issue because they knew Frazzetta "had a mouth on me" and wasn't afraid to ask questions. And his co-workers were likely afraid of losing their jobs. They both had young kids and one newborn had even been exposed to asbestos. "The guys had gone home from work one day and picked up their kids on the way, including a baby who already had respiratory problems: their work clothes were covered in asbestos," says Frazzetta.

"Unfortunately there are not enough people to stand up instead of turning away—if we did, there might be a chance to make this country safer and better," says Frazzetta. "In this particular case, and by federal law, Harrah's should have issued us safety glasses.

And the two men exposed didn't have respirators. Harrah's had been doing illegal remodels since the early 1990s and had knowingly compromised their employees' health for all this time.

I know that Harrah's covered up asbestos because the man who ran the remodels actually saw asbestos--coated beams in the office. These beams had one of the highest concentrations of asbestos in the building and they weren't marked in any way. The asbestos laws have been in effect for over 25 years and required by state and federal law that known asbestos areas need to be marked.

The two electricians ran electrical conduit that attached to the beams (clamps had to go to steel so they chipped asbestos off the beams to attach the clamps), before any of the workers had asbestos awareness classes.

With asbestos, you are looking at a period of 15-25 years for people to show signs of asbestos-related illnesses. This is what got me really mad: Harrah's killed two birds with one stone: they were doing illegal remodels and they were also exposing their employees to asbestos and other known carcinogens. There was no monitoring done, no record of employees being exposed.

My next step is that I am filing a federal complaint against OSHA in regards to the way they handled the Harrah's investigation. I believe that OSHA has a pattern of protecting the casinos and big business in this town and the state of Nevada rather than protect the workers.

More News
I'm not working now so I have the time and energy to see this through, to bring Harrah's, to justice. Right now, the building department has given their investigation to the district attorney's office and out of that, there were 18 citations given between the chief engineers. The fire department gave information and they are continuing their investigation. There should be more charges and I am looking for criminal charges, namely gross negligence because Harrah's knowingly and willfully put their employees, and a newborn, in harm's way."

In an unrelated incident, York County settled a federal lawsuit in 2006 and paid $150,000 to a whistleblower who said he was fired for reporting allegedly hazardous levels of asbestos in the flooring of a nursing home.

According to The York Dispatch, John J. Herbst Jr., a former carpenter at the nursing home, also says in the lawsuit that he was fired for telling county officials about inadequate asbestos-related safety precautions. Herbst also made a claim against the county for asbestos-related illness due to his time working at the nursing home.
If you, or anyone you know, have been exposed to asbestos, you owe it to yourself and others to speak out. And you might want to seek legal help.

When did the law go infect for having asbestos awareness classes for the employees ?


And If it takes 15-25 years for people to show sighs of asbestos- related illness to show up ,do I have a clam on if i was working before the classes ?
and if NO should they give me Notice of that ?

Thank You.
from2 people that lost there job 2 days ago