Rumours surrounding the long-alleged price fixing of petroleum products, which suggests a reason for today's high gas prices, was on everyone's mind May 15th during the national protest against the high cost of simply getting around. But such a grassroots consumer product that we all use brings home the issue of antitrust violations, and the potential it has on the overall prices we pay for goods and services.

The country's antitrust laws are in place for that very reason, and govern virtually every industry in the nation. It's a hedge against any desire on the part of companies and corporations to engage in price-fixing, the creation of monopolies and limiting competition. 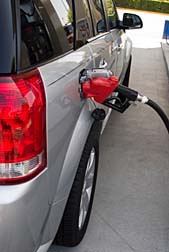 Much of the antitrust activity happens in the world of big business - a world that doesn't affect you and I directly at the dinner table. The recent lawsuit filed by the Louisiana Municipal Police Employees' Retirement system against the Chicago Board of Trade with regard to its' planned merger with the Chicago Mercantile Exchange, doesn't have a lot to do with us. The pension scheme is petitioning for a class action lawsuit on behalf of itself and Chicago Board of Trade shareholders. At issue is loss of competition if the two rivals merge. The U.S. Department of Justice is investigating that one.

But antitrust violations can hit closer to home, with lawsuits launched against the soft drink, vitamin, contracting, plumbing supplies, and carpet industries among others. Private individuals who claim damages can bring a suit against another individual, a corporation, or a group.

A back surgeon in Florida, for example, is bringing antitrust litigation against Brevard County's largest health care provider, Health First. Dr. Richard Hynes alleges that the Health First group of hospitals - Palm Bay Community Hospital in Palm Bay, Cape Canaveral Hospital in Cocoa Beach, and the county's largest: Holmes Regional Medical Centre in Melbourne -- is costing the community more than U.S. $100 million in excessive health care costs by way of its dominant position in the marketplace. Hynes operates the B.A.C.K. Center, which has about fifty employees.

Many will remember the case a few years ago, where the five largest music companies and three of the country's largest music retailers agreed to pay U.S. $67.4 million in fines, and distribute $75.7 million worth of CDs to public and not-for-profit groups after allegations of price-fixing came to light in the late 1990s. The industry was found to keep music prices artificially high from 1995 until 2000. With a strategy known as minimum advertised pricing, the music industry undertook to subsidize advertisements by music retailers in return for agreements to sell music product at, or above a certain price.

The Sherman Act of 1890 restricts any and all activity that relates to price-fixing, bid rigging, and overall business monopoly. Companies accused of antitrust violations can face lawsuits that can bring jail time and result in fines.

Individual violators can be hit with penalties as much as U.S. $ 1 million, and conviction can bring ten years in prison. Corporations can be held accountable to the tune of $100 million for each offense.

In other words, this is serious stuff.

More ANTITRUST News
Antitrust activity is also very secretive, and often is exposed by whistleblowers with inside information. But also useful are complaints filed by consumers and the general public. There are three antitrust Acts which govern commerce in the U.S., one of which carries a provision for criminal convictions, whereas the other two --The Clayton Act of 1914, and the Federal Trade Commission Act--provide for offenses tried in civil court.

Regardless of the Act, and the circumstances, there is little doubt that antitrust violations are taken extremely seriously.

With the number of corporate mergers going on, and so much attention paid to the bottom line profit for shareholders, the consumer market is ripe for unsavoury operators looking to flaunt the rules for the sake of the almighty dollar.

Unless, of course, someone blows the whistle. And the law is definitely on your side.

If you have been a victim of antitrust or price-fixing, contact an [Antitrust Lawyer] who will evaluate your claim for free, with no obligation.
Request Legal Help Now