The latest antitrust news involves a federal grand jury indictment against a California-based financial products company accused of allegedly rigging bids for investment and derivatives in return for kickbacks. Antitrust lawyers will most assuredly be involved in the case, although it is not known at this time if the situation will involve a price fixing class action lawsuit. 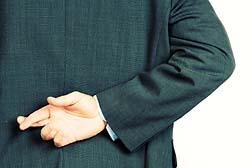 Yesterday's issue of The Bond Buyer reported on the nine-count indictment against CDR Financial Products Inc., based in Beverly Hills. The indictments include CDR founder David Rubin and former officials of the firm who are accused of allegedly rigging the bidding process for contracts and agreements so that certain firms would submit losing bids and a specified firm would submit a winning bid in return for undisclosed kickbacks disguised as "hedge fees."

CDR is a broker of guaranteed investment agreements and derivative contracts. The indictment stems from alleged activity that is thought to have taken place as early as 1998 and as recently as November, 2006.

Rubin, together with Stewart "Zevi" Wolmark, former chief financial officer and a managing director of CDR, and Evan Andrew Zarefsky, a vice president of the firm, are scheduled to be arraigned in a federal court in Manhattan next Friday, according to their legal counsel.

More ANTITRUST News
The CDR case has been percolating in the public conscience for three years, ever since the offices of CDR and other GIC brokers were raided in November, 2006. The Bond Buyer reported that the Justice Department has subpoenaed numerous firms and other indictments are expected given references in the CDR indictment to four other firms and marketing agents. The latter were described generally as "co-conspirators" in the original CDR indictment, but were not named.

"I would anticipate a lot more indictments down the road," said Charles Anderson, former manager of tax-exempt bond field operations for the Internal Revenue Service, who retired from the agency in January, 2007, and is now a tax-controversy consultant.

CDR has denied any wrongdoing.