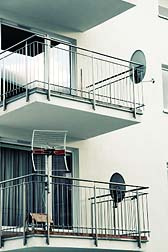 Sky Italia, which is owned by News Corporation, claimed that Mediaset violated the rules which govern free competition by refusing to allow the company to purchase advertising on the network's channels, Reuters reports. The lawsuit escalates tension between News Corp's Rupert Murdoch and Italian media mogul, Prime Minister Silvio Berlusconi, which has been amplified since Sky Italia began to expand and Mediaset moved into the pay-TV service.

More ANTITRUST News
Mediaset flatly rejected the lawsuit's claims, citing that it carried 3,107 advertising spots for Sky Italia so far this year, according to Reuters reporters.

Representatives for the company stated, "Mediaset rejects the unfounded accusations of its competitor, and, certain of its own good case, waits with calm for the confrontation in court."

The suit, which was filed in Milan, names Mediaset subsidiaries RTI and Publitalia as defendants.

Earlier this year, James Murdoch, son of Rupert, commented on the relationship between the feuding companies at a dinner for Italian advertisers, saying that fair competition in the Italian TV sector would favor viewers.