That's the role of the nation's antitrust laws—to prevent any one company from gaining an unfair advantage and becoming so big, its shadow chokes off the light and cloaks any company that gets in its way. 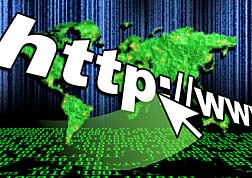 Ironically, when the US government launched its two-year, $13 million probe into Microsoft in May 1998, little did anyone know that a couple of college kids in a garage would start up Google four months later.

A decade ago it was Microsoft as the behemoth—and it still is, although weaker since the Feds decided that its runaway growth needed to be reigned in lest the company effectively control the world. It is another irony that, fearful that Microsoft held an unfair advantage, regulators forced Microsoft to handicap its own products in an effort to more easily incorporate Google's in the interest of consumer choice.

That move helped Google evolve into the $16 billion global empire it is today, and the proposed merger with Yahoo, if successful, would give the merged company a virtual lock on the $11-billion-dollar search industry and the ad dollars that are tied to it.

Turning back the clock, any struggling entrepreneur would welcome the chance for unfettered competition against a giant such as Microsoft, and regulators stepped in to allow that to happen.

Now, having arrived at a place once reserved only for the likes of Microsoft, Google appears to be talking out of both sides of its mouth. In late May, when Microsoft was making a play for Yahoo, Google co-founder Larry Page was reported as warning regulators against the "big risk" of putting "90 percent of communications all in one company."

Three weeks later, when it became clear that a proposed merger with Yahoo would give Google more than 90 percent of the market, a spokesperson for Google insisted that the merger would be "good for competition."

It is certain that antitrust lawyers and regulators will be looking at this very carefully.

Meanwhile, years before fuel prices began soaring through the roof, the airline industry was allegedly involved in price-fixing in the areas of fuel surcharges, base rates and / or security-related charges. Associate Attorney General Kevin O'Connor was quoted as saying "the companies' participation in the conspiracy began as early as 2001 and continued until at least 2006."

More ANTITRUST News
It has been reported that, among other price-fixing practices, some of the conspirators hiked fuel surcharges by as much as 1000 percent during the course of the conspiracy.

The ongoing investigation by the US Justice Department into price fixing by airlines has resulted in guilty pleas from five more airlines this past summer alone. The five agreed to fork over $504 million, collectively, in fines.

So far nine airlines have been found to have participated in price fixing, and fines have totaled $1.2 billion.

Those airlines include Air France-KLM, Cathay Pacific, Martinair, SAS Cargo, British Airways, Korean Air, Japan Airlines and Qantas. The latter's Bruce McCaffrey, the airline's former highest-ranking executive based in the US, agreed to a $20,000 fine and was required to serve eight months in jail for his role in the scheme.