An alleged violation of antitrust laws by a major international airline is testament to the need for an update to the Antitrust Act and antitrust policy. According to the June 27th edition of the Vancouver Sun, Air France, KLM and Martinair were fined a total of $10 million for communicating with competitors with regard to the amount and the timing of fuel surcharges on air cargo exported from Canada.

Air France and KLM are now a merged company and comprise Europe' s biggest airline. Martinair is a subsidiary. The alleged collusion resulted in about $31.5 million in fuel surcharges. 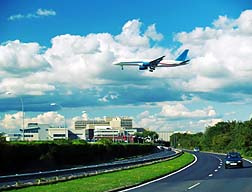 Along with the fine, the airline admitted to price-fixing and antitrust activity between 2002 and 2006 on some air cargo routes affecting Canada, according to the Canadian Competition Bureau. Air France was fined $4 million, KLM $5 million and Martinair $1 million.

Had the price-fixing activity occurred in the US, the financial hit might have been much higher, given the recent adoption of the bipartisan "Antitrust Criminal Penalty Enhancement and Reform Act of 2004 Extension Act" (ACPERA), or H.R. 2675, on June 19th of this year.

Signed into law by President Barack Obama last month, the Act extends the 2004 provisions through June 22nd of next year.

Those provisions are a lot tougher than the original Sherman Act, upon which it was based.

Specifically, according to the June 24th issue of Congressional Documents and Publications, the Act amends Sections 1 through 3 of the Sherman Act by increasing the maximum corporate penalty from $10 million to $100 million. The maximum individual fine is also increased, from $350,000 to $1 million, and the maximum jail term for an individual convicted of criminal antitrust violations is up from 3 years to 10.

There is also provision for leniency too, in that the Act allows the Department of Justice to limit the civil liability of a party cooperating in the Department's prosecution of an antitrust violation.

Prior to the Act, the Department of Justice had only the power to limit criminal charges against a cooperating party, not the civil liability.

More ANTITRUST News
In a statement, the sponsor of the bill, Congressman Hank Johnson said, "I'm pleased the President moved quickly to combat corporate fraud and price fixing...I think it sends a clear message to potential violators that this kind of behavior will not be tolerated.

"The positive impact of this law cannot be overstated," said Johnson. "In the first half of this year, ACPERA has aided the Antitrust Division in securing jail sentences in 85 percent of its individual prosecutions, and more than $900 million in criminal fines."

Antitrust laws exist to bring corporations and violators to justice, and the Antitrust Act is the governing authority levering that justice. And while violation of antitrust policy often happens when one corporation takes advantage of another—or an entire sector—in the end it is often the consumer who takes the hit when additional costs are passed down to those who can least afford to bear them.