It's not often that antitrust cases make it to the big screen, but that's exactly what's going to happen in September when a significant crime against antitrust laws, and the employee who blew the whistle on the activity that flew in the face of antitrust policy, lands in theatres. The plotline of "The Informant," which casts Matt Damon in the title role, is an example of what happens when the antitrust act is ignored. 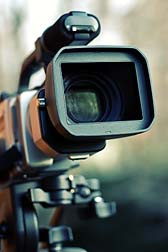 Mark Whitacre is today the Chief Operating Officer for Cypress Systems. However, the Ivy-league Ph.D was at one time president of the bioproducts division at Archer Daniels Midland (ADM) and was released from prison in December 2006 after serving 8 years, and 8 months of a 10 ½ year sentence.

Today ADM is a proud company, with "27,000 employees across the globe who take great pride in the work we do," says David Weintraub, director of External Affairs for ADM, in a statement. "(We) are excited about the opportunities that lie ahead."

However, the picture did not appear quite as rosy in 1992 when the Federal Bureau of Investigation (FBI) was investigating a case of corporate espionage against ADM. That case fell through, but with the help of Mark Whitacre the FBI was able to launch a subsequent antitrust investigation involving alleged price-fixing.

The allegation was that ADM, at the time, was conspiring together with a number of other corporations to fix the global price for lysine, a product extracted from corn.
It became, according to analysts, the largest price-fixing case in US history.

Whitacre wore a wire to work and began tape-recording conversations with people at the highest levels at ADM.

He almost didn't even do that. An FBI agent was at his home at one time, talking to Whitacre about the espionage case that was looking like it was going nowhere. After nothing else appeared to be forthcoming from Whitacre, the agent was on his way out the door when Whitacre's wife encouraged her husband to come forward with what would eventually be revealed as an allegation of price fixing, which is a violation of antitrust laws.

Whitacre's subsequent work with the FBI helped bring the antitrust case against ADM. But rather than emerge a hero, Whitacre misplaced his own moral compass in the midst of the pursuit of ADM, and began embezzling money from the company. Reports reveal that Whitacre, who was still employed at ADM while he was co-operating with the FBI, established a fictitious offshore company, which sent ADM bogus invoices. Whitacre approved the invoices for payment.

It makes for compelling reading—there are two books about the case and Whitacre, who paid his debt to society in prison and is now back working in the corporate world. And soon it will be compelling viewing as well, when the Hollywood version of Whitacre's story hits movie theatres in September.

However, beyond telling the story of a man with convoluted principles (blowing the whistle on his employer and working in close contact with the FBI while attempting to embezzle more than a million dollars from his employer at the same), are the revelations behind a price-fixing scheme that put Whitacre behind bars for his role in the indiscretion. Two other ADM executives, Michael D. "Mick" Andreas and Terrence S. Wilson, were both sentenced to time in prison for their own roles in the antitrust price-fixing scheme.

And there are other examples whereby companies attempt to take unfair advantage. In September of last year EMC Mortgage and Bear Stearns had agreed to repay nearly $28 million to consumers who were unwitting victims of inappropriate service, and other charges.

The companies were taken to task for the charging of fraudulent property-inspection fees, unauthorized late payment fees, loan modification fees and other "unlawful and abusive" practices.

More ANTITRUST News
Some of those who were made to pay the inappropriate fees have since lost their homes to foreclosure in the economic downturn. Compensation payments may help pay some of the bills at the end of the day, but in few cases the compensation will not bring a foreclosed home back.

Such is the tragedy, and sheer mean-spiritedness of furthering the fortunes of a company, and bolstering the bottom line for shareholders, by doing so on the backs of honest, hard-working Americans who are attempting to do everything right.

In truth, futures are lost and hopes are dashed by a large corporate juggernaut attempting to take unfair advantage.

For shame. In the meantime if you feel victimized by activity that appears to fly in the face of antitrust laws or the antitrust act—actions that do not uphold the spirit and tenets of antitrust policy, it would be wise to seek the services and advice of an antitrust lawyer.