A massive antitrust act case that may see payouts to 3.79 million class members was upheld this past Tuesday, assuring that antitrust laws have been brought to bear and antitrust policy is actively defended in this country. 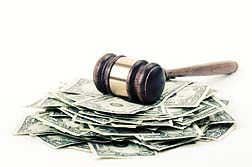 It was in 2006 that settlements were reached in class action cases over allegations that Zurich Financial Services and insurance broker Arthur J. Gallagher and Co. participated in price-fixing and engaged in antitrust activity over an 11-year period from 1994 through 2005.

A settlement value of $150 million was determined, together with $29.9 million in legal fees and costs. On September 8th the Third US Circuit Court of Appeals upheld settlements reached three years ago with customers and 10 state attorneys general.

A series of investigations in 2004 determined that a collection of insurance brokerage firms that on the surface were attempting to secure the best terms for property and casualty insurance for customers and clients, were in actual fact colluding with insurers to divide the business and fix prices at artificially high levels.

According to the September 10th issue of the New Jersey Law Journal, Marsh & McLennan—an industry leader—agreed in 2005 to the establishment of an $850 million restitution fund.

Zurich Financial Services, of Schaumberg, Illinois will pay $122 million to class members while Arthur J. Gallagher & Co. of Itasca will undertake a fund worth $28 million. A further $8.8 million fee already approved for plaintiffs suing Gallagher was not appealed to the Third Circuit.

More ANTITRUST News
Other claimants who were not associated with Zurich products, but who were nonetheless affected by the alleged wrongdoing will receive the remaining 9 percent of the settlement fund.

There were 10 states involved in the antitrust policy case and thus are party to the agreement: California, Florida, Hawaii, Maryland, Massachusetts, Oregon, Pennsylvania, Texas, Virginia and West Virginia.

Lawyers for a number of companies and individuals argued that there should have been three subclasses—claimants who bought excess policies, those who bought non-excess policies and those who alleged they were victims of a conspiracy.

However, the court said the objectors failed to articulate how the interests of the members diverge, even with the different allocations.