Antitrust laws and other provisions of the Antitrust Act governing alleged price fixing were thrust to the forefront of public conscience yet again with the announcement late last month of an agreement by Epson Imaging Device Corporation (Epson) to pay a $26 million criminal fine for its role in a price-fixing conspiracy involving the sale of LCD display panels sold to Motorola. The US Department of Justice announced the affront to antitrust policy—and the related retaliation—on August 26th. 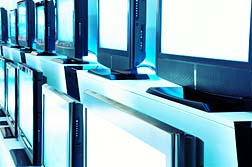 The panels in question are Thin Film Transistor-Liquid Crystal Display (TFT-LCD) panels, commonly found in computer monitors and notebooks, televisions, mobile phones and various other electronic devices. According to an August 26th PressWIRE story the global market for TFT-LCD panels is about $70 billion.

A joint investigation was launched into the industry by the Department of Justice Antitrust Division and the Federal Bureau of Investigation (FBI), both out of San Francisco. As a result of the investigation, it was revealed that Epson agreed, with various co-conspirators, to charge prices of TFT-LCD products sold to Motorola at predetermined levels.

The panels were for use in Razr mobile phones from the fall of 2005 through mid-2006. Epson, a subsidiary of Seiko, pleaded guilty to the August 26th charge and agreed to the $26 million fine, subject to court approval. Epson also agreed to cooperate with ongoing antitrust investigations conducted by the Department of Justice.

Subsequent to the investigation it was alleged that Epson issued price quotations in accordance with agreements reached with co-conspirators and exchanged sales data of TFT-LCD panels sold to Motorola for the purpose of monitoring and enforcing adherence to the agreed prices.

More ANTITRUST News
Such antitrust behavior is an affront to the democratic philosophy that serves as the foundation and fundamentals of a free market system.

The August 26th charge was not the first to stem from the investigation.

On December 15th of last year LG Display Co. offered a plea of guilty over its participation in a global conspiracy regarding the fixing of prices for TFT-LCD panels and was hit with a $400 million criminal fine. Just one day later, Sharp Corp. pleaded guilty to three separate conspiracies to fix the price of panels sold to Dell, Apple Computer Inc. and Motorola Inc. The financial penalty was $120 million.

On January 14th Chunghwa Picture Tubes Ltd. was slapped with a $65 million criminal fine and in May Hitachi Displays Ltd. was fined $31 million for its participation in an anti-trust scheme involving panels sold to Dell Inc. from April 1st 2001 to the end of March 2004.

Click to learn more about LawyersandSettlements.com
LawyersandSettlements.com - A trusted, independent legal news provider bringing quality news and information on legal cases and lawsuits filed in the United States of America to its readers since 2002. Over 650,000 legal help requests including Antitrust Cases, and Financial Cases have been forwarded to lawyers all across to the country.