Your Computer Monitor Could be Part of Antitrust Scheme

You may not know it as antitrust, or you may not appreciate the antitrust laws that govern antitrust policy. But price-fixing you know. And when it costs you more of your hard-earned dollars due to the greed and unlawfulness of someone else, somebody should be made to pay. After all, you trust a vendor that you are getting fair value at a fair price. Antitrust policy ensures that fairness. But not everyone plays by the same rules. 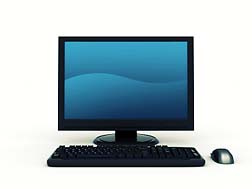 Such is the case involving the principles of Chunghwa Picture Tubes Ltd., a supplier of cathode ray tubes (CRTs) used in computer monitors and televisions. The Antitrust Division of the US Department of Justice has been conducting an ongoing investigation into the cathode ray tube industry.

For the uninitiated, CRTs are evacuated glass envelopes that feature an electron gun and phosphorescent screen. There are two basic types: color display tubes (CDTs) that are used in computer monitors and the color picture tubes (CPTs) that go into color televisions. Needless to say, given the global reach of this technology any conspiracy could prove financially rewarding for any alleged antitrust conspirators.

Earlier this month a grand jury in San Francisco returned a two-count indictment against the former Chairman and CEO of Chunghwa. Cheng Yuan Lin, also known as C.Y. Lin is a resident of Taiwan, but his alleged antitrust conspiracy and that of his associates carried global implications, including the US market for CRTs.

Lin was charged with conspiring to suppress and eliminate competition by fixing prices, reducing output and allocating market shares of CDTs and CPTs to be sold in the US and elsewhere. The alleged conspiracy dates back to January 28, 1997 for computer color display tubes, and March 12, 1997 for color picture tubes used in color televisions.

The Department of Justice believes that the alleged antitrust activity continued on both counts until at least April 7th 2003, a span of just over six years.

"This conspiracy harmed countless Americans who purchased computers and televisions using cathode ray tubes sold at fixed prices," said Scott D. Hammond, Acting Assistant Attorney General in charge of the Antitrust Division. "The Antitrust Division will continue to prosecute individuals, wherever they are located and however high their position on the corporate ladder, who engage in price fixing aimed at U.S. businesses and consumers."

It has been estimated that the global market for CRTs in 1997—the point at which the alleged antitrust activity began—was as much as $26 billion. Given the incredible growth in the computer and home entertainment industries over that time, the profits earned by Yin and his associates through discreditable means could be incalculable. One need only recall the wild dash to upgrade computer systems in late 1999 as the New Year loomed, together with the Y2K computer compliance scare to guesstimate how much money was spent on computer upgrades.

Most who upgrade CPUs will upgrade monitors at the same time.

More ANTITRUST News
Price-fixing is just that: a conspiracy to join forces with others to fix prices and thus eliminate any chance for viable and honest competition. The lack of competition removes competitive forces—and the chance for lower prices—from the equation. It is akin to a dictator tossing out democracy and running the country himself.

Antitrust laws exist to protect the consumer and the marketplace overall from the illicit acts of others which fly in the face of antitrust policy. Especially in the midst of the current economic squeeze, consumers need to feel confident they are getting the best value for their dollar and not overcharged at the behest of others extracting more than their fair share. If you feel you have been a victim of price-fixing or antitrust activity of any kind, seek the advice of a qualified antirust policy attorney.