Antitrust laws serve as a governor on the activities and actions of business and commerce. The Antitrust Act guarantees protection for law-abiding entrepreneurs against the morally reprehensible and patently illegal activities of price-fixing and the rigging of bids. Thus, a sound antitrust policy when conducting commerce not only makes good business sense; it also preserves the reputations and the coffers of law-abiding operators. 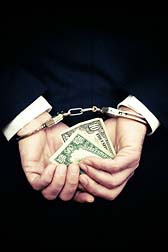 Compare that, then with the activities of Andrew Barmakian, the former president of a California marine products company who faces up to 3 years in prison and as much as $350,000 in fines for his role in the bid-rigging of contracts and customer allocation with regard to marine products purchased by various customers—including the US Navy, and the Coast Guard.

Barmakian's fine, in fact, could mushroom even higher, given that provisions in the Sherman Act allow for an increase in the maximum allowable fine to twice that of the gain derived from the crime, or twice the loss suffered by the victim, provided that either amount is greater than the statutory maximum.

Barmakian, it should be noted, was not the only conspirator in the antitrust wrongdoing. Several former executives of a competing marine products company in Virginia were also called to the carpet for conspiring with Barmakian, and had already pleaded guilty to antitrust and various other criminal charges. Barmakian's enterprise was based in Rialto, California.

Each of four other co-conspirators were sentenced to various jail terms ranging from two years to four months, and the payment of fines ranging from $300,000 to $50,000.

The inner workings of an antitrust violation

Here's how the deal went down, according to the US Department of Justice, which brought the charges against them. Between December of 2000 and May of 2003 Barmakian participated in a conspiracy, in association with the other four executives, to allocate customers and rig bids for contracts involving the sale of plastic marine pilings.

When the US Departments of Defense, and of Homeland Security—among others—issued contracts, the normal practice among suppliers is to issue individual bids that are not party to others for competitive reasons. A supplier would thus issue a bid for the best quality product possible, for the best price, hoping that his bid would be seen favorably in the eyes of the contract-issuing agent. In this way, issuers of contracts are assured of a fair and competitive bidding process, allowing them to select the supplier that affords, in the issuer's view generally, the best quality for the lowest price.

However, that's not what happened here. Instead, the 5 executives conspired amongst themselves to decide which of them would win the contracts.

Not only were their actions an illegal activity and in contravention of antitrust laws, they were also playing fast and loose with taxpayer money.

"(The) charge underscores our continuing commitment to ensuring competitive contracts for both government and commercial purchasers of products critical to our defense and commercial infrastructure," said Thomas O. Barnett, Assistant Attorney General in charge of the Department's Antitrust Division.

As part of his plea agreement, Barmakian agrees to serve time and pay fines according to the direction of the court, as well as co-operate with the US Department of Justice's ongoing investigation into the marine products industry. Barmakian's one-count felony charge was filed in US District Court in Norfolk, Virginia.

More ANTITRUST News
The four others who pled guilty to antitrust act charges were affiliated with a competing marine products industry located in Clearbrook, Virginia. They were identified as Robert Taylor, Donald Murray, and William Alan Potts. A fourth executive, Gerald Thermos, pleaded guilty to his role in a related violation of antitrust laws among manufacturers of foam-filled marine fenders. Thermos was located in California.

Given the state of the US economy, which has been in recession for a year now, competing for business is tough enough, especially when you attempt to keep it honest. The thought of someone conspiring to gain an unfair advantage by snubbing good protocol and antitrust policy, while you're playing by the rules, is fodder for more than anger. It's fodder for a lawsuit. Think someone is leading you down the antitrust garden path? Fight back.