A lawsuit against GlaxoSmithKline that accuses the drug maker of boosting its Wellbutrin profits through monopolistic tactics has been awarded class action status. The accusations state that GSK delayed a generic version of the antidepressant from coming onto the market.

The lawsuit was brought on by direct purchasers who claim the drug maker developed a plan to keep the prices of Wellbutrin high by making fraudulent claims to the U.S. Patent and Trademark office and engaging in patent litigation against the manufacturers of generic drugs. The plaintiffs claim that the litigation was bogus. 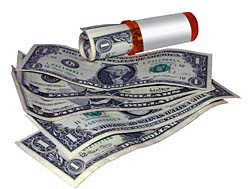 The lawsuit says that the plan allegedly concocted by GSK worked because the litigation that they engaged in resulted in the delayed release of the generic forms of Wellbutrin. This resulted in the direct purchasers having to pay high prices for the drug. The reason for these high prices was because there were no generic versions available for purchase for up to two years after the patent monopoly of GSK would have expired.

In the plaintiff's motion for class action certification, they were pushing for Bruce W. Kauffman, a Senior U.S. District Judge, to certify on behalf of those direct purchasers who had purchased the 100 mg and 150 mg dosages of the drug. The dates that the direct purchasers are seeking compensation for are between the dates of January 24, 2002 and June 30, 2006. These are the dates that the prices had reached competitive levels and had remained stable.

More ANTITRUST News
The attorneys for GSK urged the judge to not certify. They stated that there was a conflict of interest between the plaintiffs and other members within the class. The defense attorneys argued that the drug is usually purchased by the three major drug wholesalers in the United States when the drug faces no competition. The wholesalers purchase the drug so that they can sell to other parties who also resell the drug. However, when competition comes about, the competition can usually bypass the national wholesalers and sell directly to the other parties who resell the drug. This causes harm to the national wholesalers, which is what causes a conflict for the plaintiffs and other members in the class. The wholesaler benefits from not having competition. The attorneys are saying that the direct purchasers are actually benefiting from the fact that they can purchase the drug directly from GSK, whereas the companies developing the generic forms are bypassing them as buyers at the cheaper price. It has been alleged that some of the class members had profited from the alleged activity that GSK was supposed to have engaged in. The main question at hand, however, is whether or not the plaintiffs were overcharged. If an overcharge occurred, according to the plaintiff's attorney, the class members are entitled to recover those losses.

Posted by
belinda pokarth
on July 5, 2012
we have gotten at least 10 different scripts for wellburtin from 02 through 06. For stopping smoking, weight loss, and depression which didn't work. It was 150.00 per perscription.