Rep. Bart Stupak is turning up the heat on the FDA over the type of protection they are providing Americans when it comes to unsafe drugs. One of those drugs that Stupak is especially concerned about is the acne medication, Accutane. 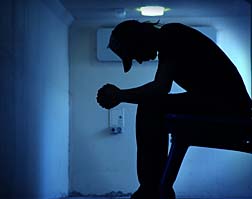 Stupak's battle against Accutane runs deep because in 2000, his 17-year old son, who was taking the medication, committed suicide. After his son's suicide, Stupak conducted his own investigation into whether or not the drug could be associated with any psychiatric side effects. He even made a personal appearance at the headquarters of the FDA in Rockville, Maryland in order to go through their records.

During a hearing, he held up the prescription packaging that belonged to his son and alleged that the FDA was not doing enough to assure the safety of the food and drug supply, and that the public would be protesting if they knew. He states that Accutane is just one drug of many that are potentially harmful due to the FDA's alleged neglect to properly protect the American public.

An eight-term Democratic congressman, Mr. Stupak is the Subcommittee on Oversight and Investigations chairman, which is the House's very powerful Energy and Commerce panel. This panel's jurisdiction includes the FDA.

This places Mr. Stupak in the middle of an effort by congress' Democrats to bring attention to what they claim are issues with the Bush administration's position on issues surrounding consumer safety. Mr. Stupak is probing other drugs that the FDA has handled such as the blood-thinning drug heparin, which has been related to hundreds of bad reactions and is linked to four deaths. It is alleged that A Chinese plant that manufactures one of the main ingredients of Heparin was not at all inspected by the FDA prior to it being used in the drug.

Other drugs that the subcommittee is paying special attention to are Vytorin, Lipitor, Ketek, and various anemia drugs sold by Amgen Inc. The focus is on how the FDA has handled these drugs, so Stupak has a bigger agenda than simply probing the agency since he claims it is broken in many ways.

Stupak claims that his focus on the FDA has nothing to do with his son's death, but his wife has stated that she believes their son's death has made him even more aware of the issues at hand.

As for the Accutane, the FDA has put in place an aggressive plan to regulate Accutane access, which is also believed to be connected to birth defects if taken by women who are pregnant.

More News
The FDA has declined to make any comments on the criticism drawn from Mr. Stupak, but in a recent hearing before the subcommittee, the FDA's commissioner, Dr. von Eschenback, stated that the FDA has created a new food-safety plan and hired a chief information officer to take care of technological issues. He has also stated that it is his goal to place inspectors for the FDA in countries such as India and china. The budget set forth by the Bush administration included an increase in funds for the FDA.

Stupak has stated that the limits placed upon the FDA and some of the practices within the drug industry has put consumers in danger or has misled them. Everyone is in agreement that if the FDA receives the necessary funding, then the agency would be able to do a far better job. However, it is believed that constant scrutiny from Congress can result in the FDA being more cautions when reviewing new treatments, and then, perhaps, such tragedies as Stupak's son's death would not be so easily attributed to a drug.