Nephrogenic Systemic Fibrosis (NSF) is a rare condition that can disable or even kill a person unlucky enough to have it. "Patients with NSF experience an increase of collagen in the tissues, causing thickening and hardening of the skin of the extremities and often resulting in immobility and tightening or deformity of the joints," explains the medical information site, DocGuide.com.

"NSF can develop rapidly and may result in patients becoming wheelchair bound within just a few weeks."

There is no known cure for NSF. 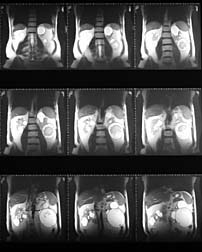 Fortunately, NSF doesn't occur very often; DocGuide.com states that "approximately 400 cases of NSF have been reported worldwide," since the condition was first recognized by doctors, in the late 1990s.

For unclear reasons, NSF seems to primarily occur in people with severe kidney disease who have undergone a magnetic resonance imaging (MRI) session. Physicians suspect that NSF is triggered by the use of gadolinium—a "contrast agent" used during MRI scans.

The FDA has approved five "gadolinium-based contrast agents" (GBCAs), for use in the United States. These include Magnevist (made by Bayer Schering Pharma of Berlin, Germany), Omniscan (made by GE Healthcare of the UK), OptiMARK (made by Mallinckrodt of Hazelwood, Mo.), and ProHance and MultiHance (made by Bracco Diagnostics of Princeton, NJ).

In May 2006, the Danish Medicines Agency (DMA) became the first organization to report on a possible link between NSF and GBCAs. An article posted seven months later in DocGuide.com seconded this conclusion.

"While the precise cause of NSF is unknown, the disorder has only been observed in patients with kidney disease, especially those requiring dialysis," stated the DocGuide.com article, which was published January 25, 2007.

More News
"We recommend avoiding the use of [GBCAs] in patients with any degree of renal disease," said Dr. Phillip Kuo, assistant clinical professor of diagnostic radiology at Yale University School of Medicine in New Haven, Connecticut, in DocGuide.com. "At this point the data clearly show the vast majority of NSF cases are associated with the use of [GBCAs]."

In May 2007, the FDA requested that a "black box" warning be included on packaging for GBCA drugs. This warning urged people with kidney disease problems to avoid the use of gadolinium contrast agents.

"Whether the GBCAs are the only agents or conditions that may be associated with NSF in patients with renal disease is unknown," reads a "Questions and Answers" statement from the FDA. "At this time, only certain patients who receive GBCAs appear to be at an increased risk for developing ... NSF."

In other words, if you have kidney problems, don't get an MRI scan. If you've already gone down that route, prepare for the possibility of developing an incurable condition that might leave you immobile or even dead. And you should consult a lawyer.
READ ABOUT THIS LAWSUIT