MRIs: A New Risk for People with CKD and Kidney Failure

As if living with kidney failure and chronic kidney disease (CKD) weren't enough alone—it is now known that people suffering from kidney impairment face a dangerous problem if they undergo an MRI.

It turns out that they are at risk to develop a serious illness--Nephrogenic Systemic Fibrosis or NSF—from the gadolinium used as a contrast agent during the MRI. (The gadolinium causes the blood vessel patterns in the body to stand out for the scanner, allowing for the detection of tumors or abnormalities.) 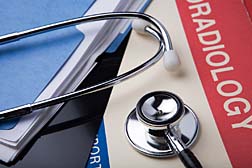 NSF starts by causing high blood pressure, muscle weakness and thickened, rough skin. As the illness develops, it causes pain, burning and itching in the affected areas. It can progress from stiffness in the joints to the point where the patient is unable to move, and it can lead to death. At this time, there is no known cure for NSF.

On May 7, 2007, the Food and Drug Administration ordered that a Black Box warning (the highest level of warning) be carried on packaging for each of the five gadolinium-based MRI contrast agents approved for use in the U.S. The warning advises that patients with kidney failure or kidney impairment should avoid exposure to these agents.

The FDA-mandated warning will affect a great number of people. CKD and kidney failure are on the rise in the American population.

The National Kidney Foundation says that 20 million Americans—1 in 9 U.S. adults—have CKD and another 20 million more are at increased risk for developing CKD. High risk groups include those with diabetes, hypertension and family history of kidney disease. African Americans, Hispanics, Pacific Islanders, Native Americans and seniors are also at an increased risk.

The Foundation says that early detection can help prevent the progression of kidney disease to kidney failure. It says that the following may be symptoms of the onset of CKD:

The risk to CKD sufferers from MRIs is just one more reason to be alert to the possibility of kidney damage. If you are in one of the high risk groups, and if you are having any of the symptoms described above, you should consult your doctor.
READ ABOUT THIS LAWSUIT